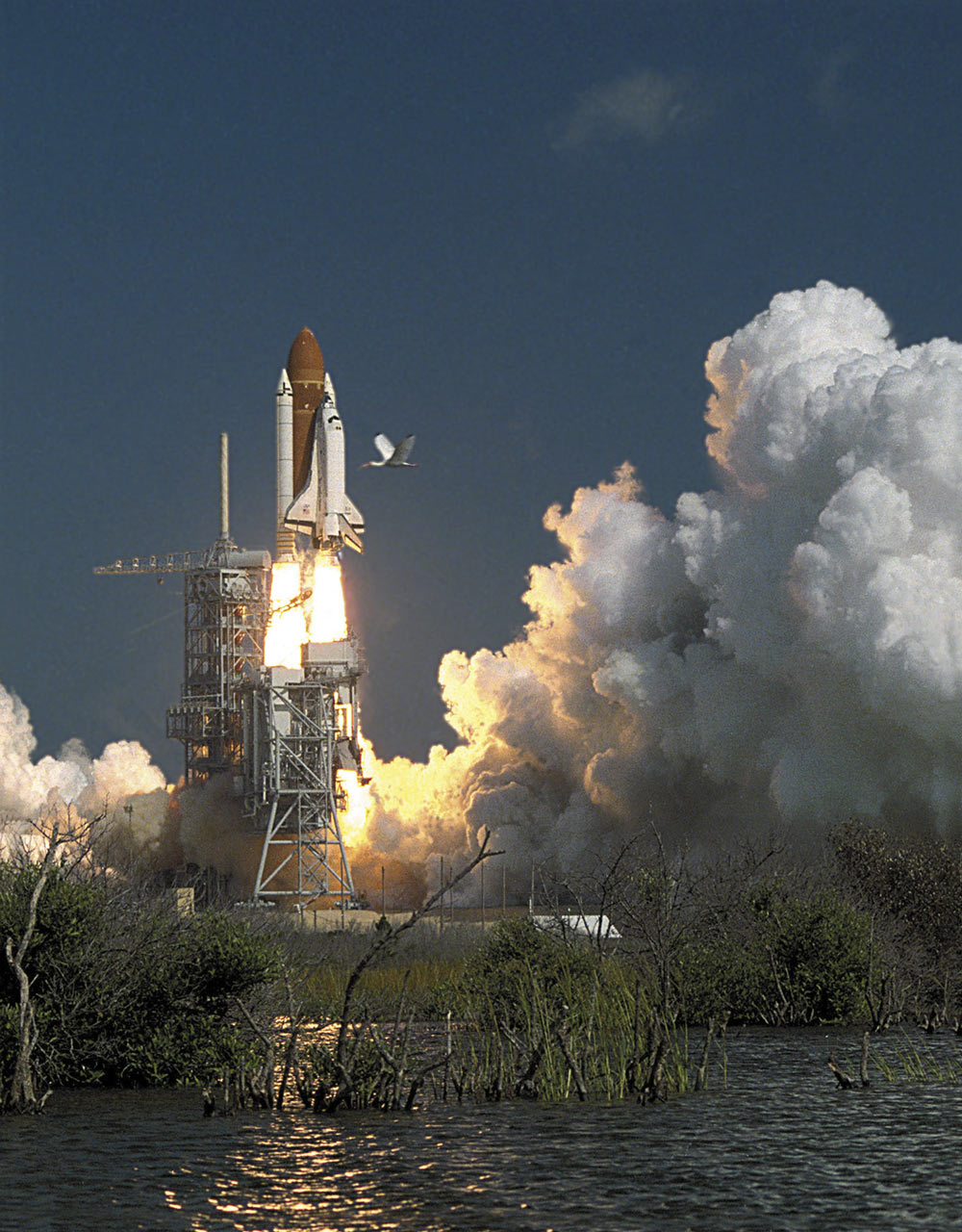 Standing Room Only  The STS-61A mission, launched 35 years ago this week, was a record-setting flight from the moment it lifted off. It was the first and only time in history that eight astronauts were launched into space at once. It was also the first American spaceflight in which scientific activities were controlled from outside the United States. Taking up most of Challenger’s cargo bay was the German-built Spacelab module, a reusable multi-disciplinary laboratory. Under the direction of the German Space Operations Center near Munich, Challenger’s crew split up into two teams and worked around the clock in 12-hour shifts. More than 75 experiments were conducted in the areas of physiological sciences, materials science, biology, and navigation. Challenger spent seven days in orbit.