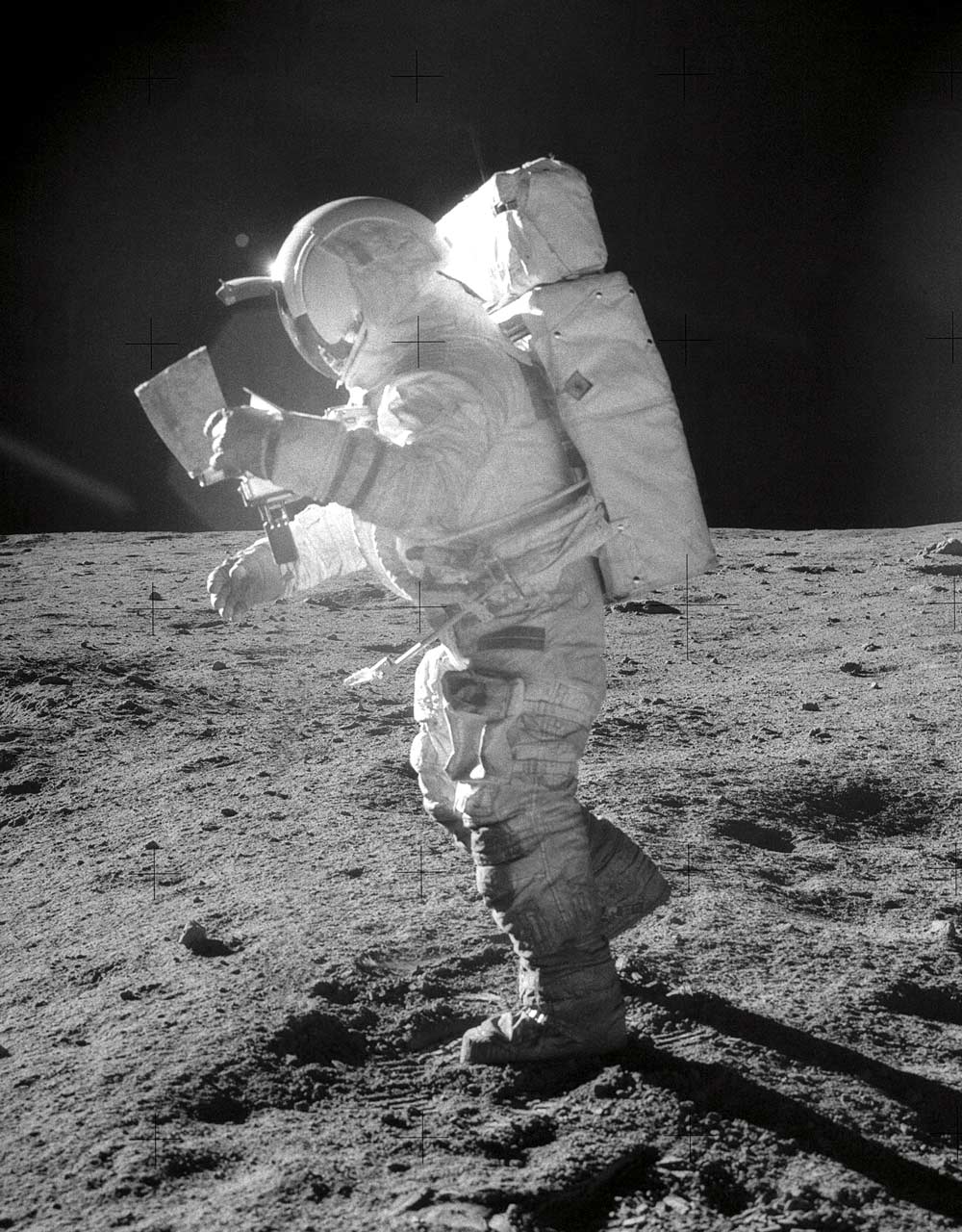 Exploring Outer and Inner Space  Edgar Mitchell, born 90 years ago this week, joined the Navy in 1952 to become a naval aviator, but when the launch of Sputnik heralded the start of the Space Age, Mitchell decided that spaceflight was his calling. His extensive flight experience (over 5,000 hours) helped him be selected as an astronaut in 1966. As Lunar Module Pilot for the 1971 Apollo 14 mission, Mitchell became the sixth human to walk on the Moon. In this image, taken by his crewmate Alan Shepard, Mitchell is seen traversing the Fra Mauro region, where the astronauts conducted over nine hours of surface exploration. Mitchell, moved by his spaceflight experience, co-founded a non-profit organization in 1973 for the study of consciousness and paranormal activity. Mitchell died in 2016.