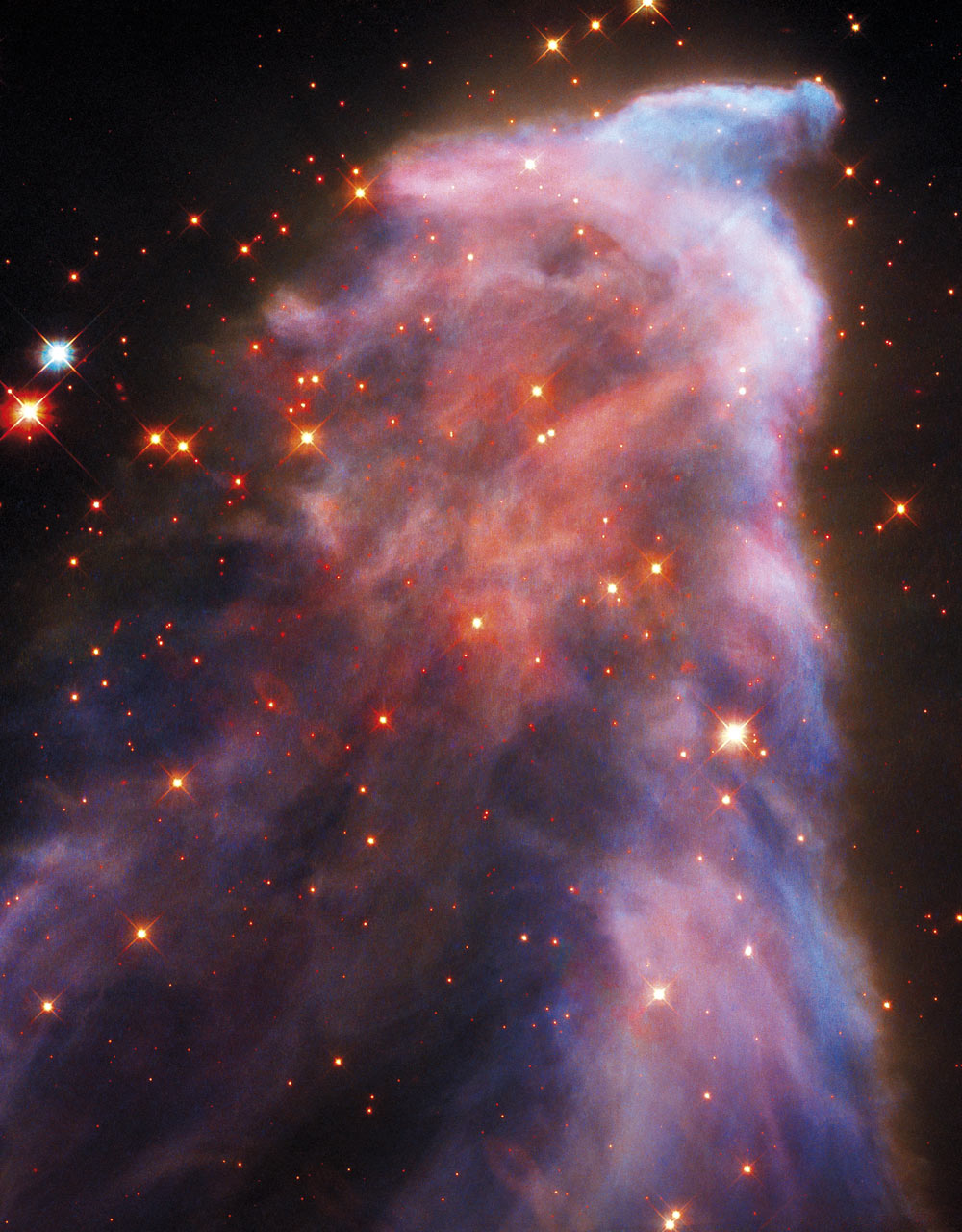 Ghost, Busted  Powerful gushers of energy from seething stars can sculpt eerie-looking figures with long flowing veils of gas and dust. One striking example is “the Ghost of Cassiopeia,” officially known as IC 63, located 550 light-years away in the constellation Cassiopeia the Queen. The nebula’s ethereal glow is hardly an unexplained paranormal phenomenon: it’s simply hydrogen that is being bombarded with ultraviolet radiation from the nearby, blue-giant star Gamma Cassiopeiae (not seen here), causing it to glow in red light. The blue color is from light reflected off of the nebula’s dust. The Ghost Nebula is part of a much larger nebulous region surrounding Gamma Cassiopeiae that measures approximately two degrees on the sky — roughly four times as wide as the full Moon.