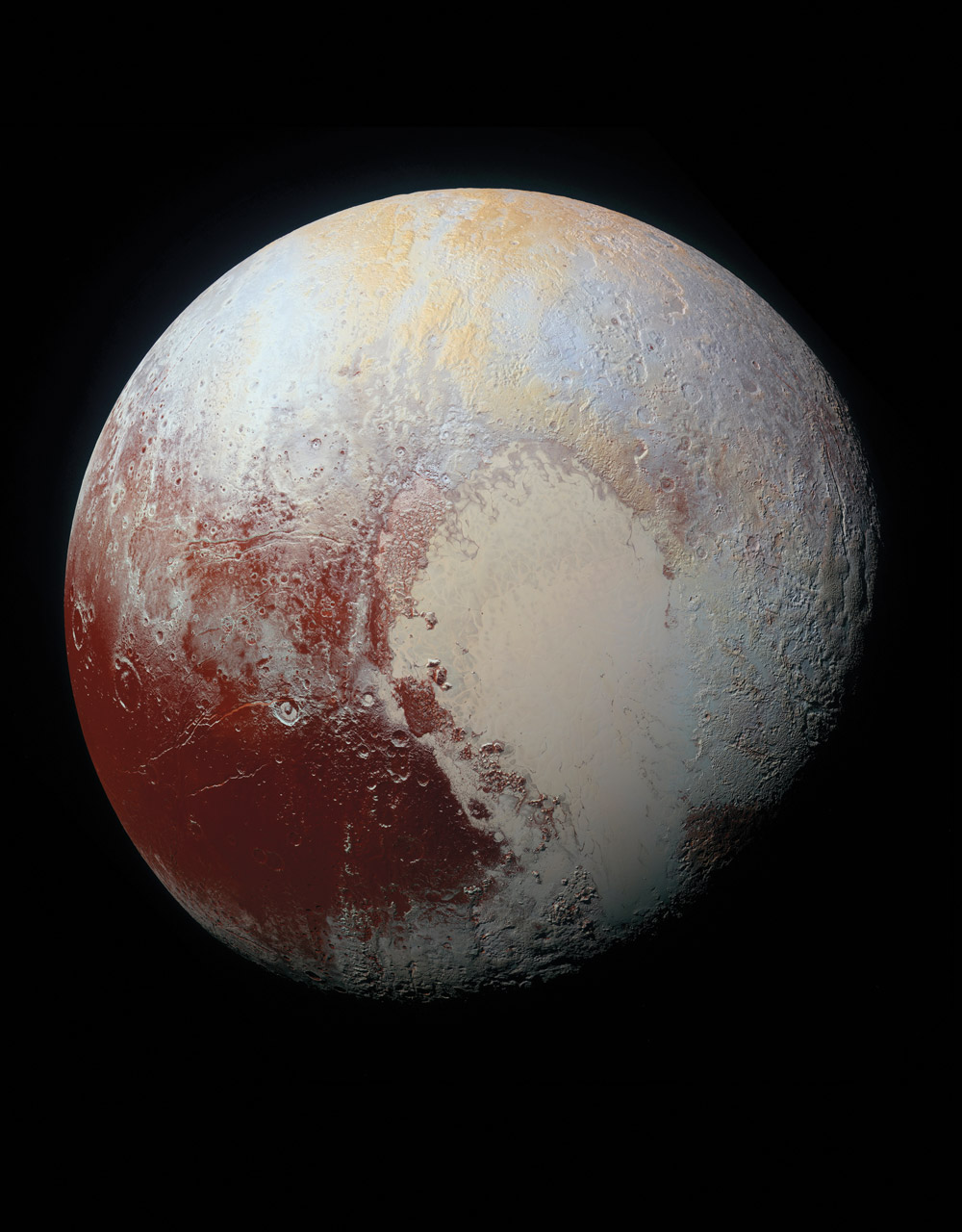 Planet, Not a Planet  The New Horizons spacecraft captured this enhanced color view of Pluto five years ago this week during its historic first-ever flyby of the dwarf planet. When the nine-year voyage began in January 2006, Pluto was still considered a planet (it was “demoted” to a dwarf planet eight months later). The classification drama didn’t diminish the anticipation of the first up-close views of this distant world. This image, which combines blue, red, and infrared data, shows a remarkable range of subtle colors, enhanced to a rainbow of pale blues, yellows, oranges, and deep reds. Many landforms have their own distinct colors, telling a complex geological and climatological story that scientists have only just begun to decode. The image resolves details and colors on scales as small as 1.3 km (0.8 mi).