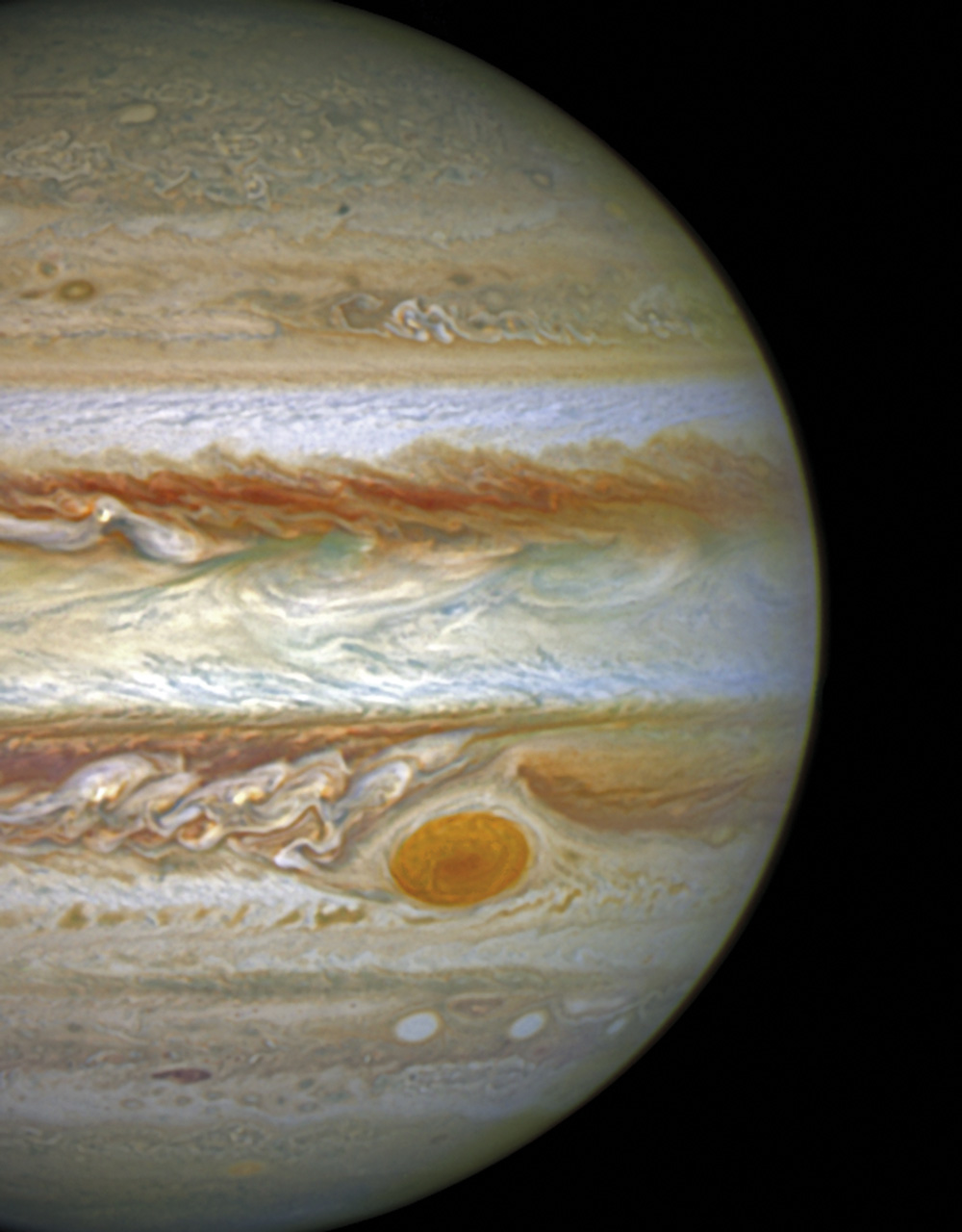 Nothing But Clouds  All we ever see on Jupiter are clouds comprised of different mixtures of ammonia, hydrogen sulfide, and water, all at different heights. Structures in the atmosphere can persist for years, or even centuries, like the Great Red Spot (a storm three times the size of Earth), or the prominent series of parallel dark bands. These bands, with alternating wind motions, are created by differences in the thickness and height of the ammonia ice clouds; the lighter bands rise higher and have thicker clouds than the darker bands. The bands are separated by winds that can reach speeds of up to 644 km/h (400 mph). Other smaller energetic features, like the white swirls in the regions below the Great Red Spot in this 2017 Hubble image, can appear over the course of several days or weeks.