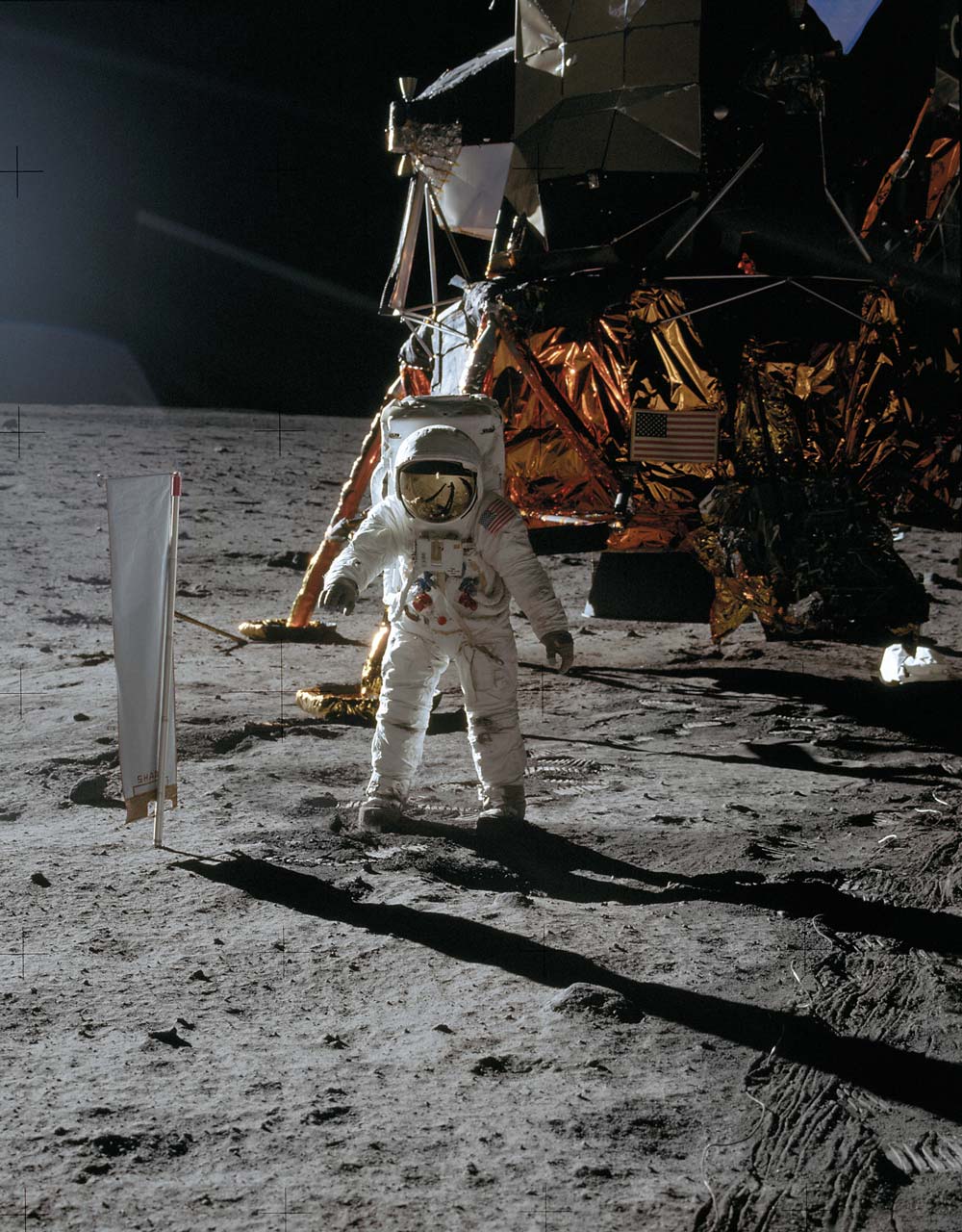 Birthday Buzz  Born ninety years ago this week, Edwin “Buzz” Aldrin graduated from West Point and became a jet fighter pilot during the Korean War, later earning a doctorate in astronautics from the Massachusetts Institute of Technology. His thesis was about orbital rendezvous techniques, a subject relevant to the nascent American space program’s goal of landing astronauts on the Moon before the end of the decade. Selected as a NASA astronaut in October 1963, Aldrin flew on the Gemini XII mission in 1966, during which he performed three spacewalks. He was Lunar Module Pilot for the 1969 Apollo 11 mission, following crewmate Neil Armstrong onto the surface to become the second astronaut to walk on the Moon. Aldrin, seen here during Apollo 11, continues to be an advocate for space exploration.