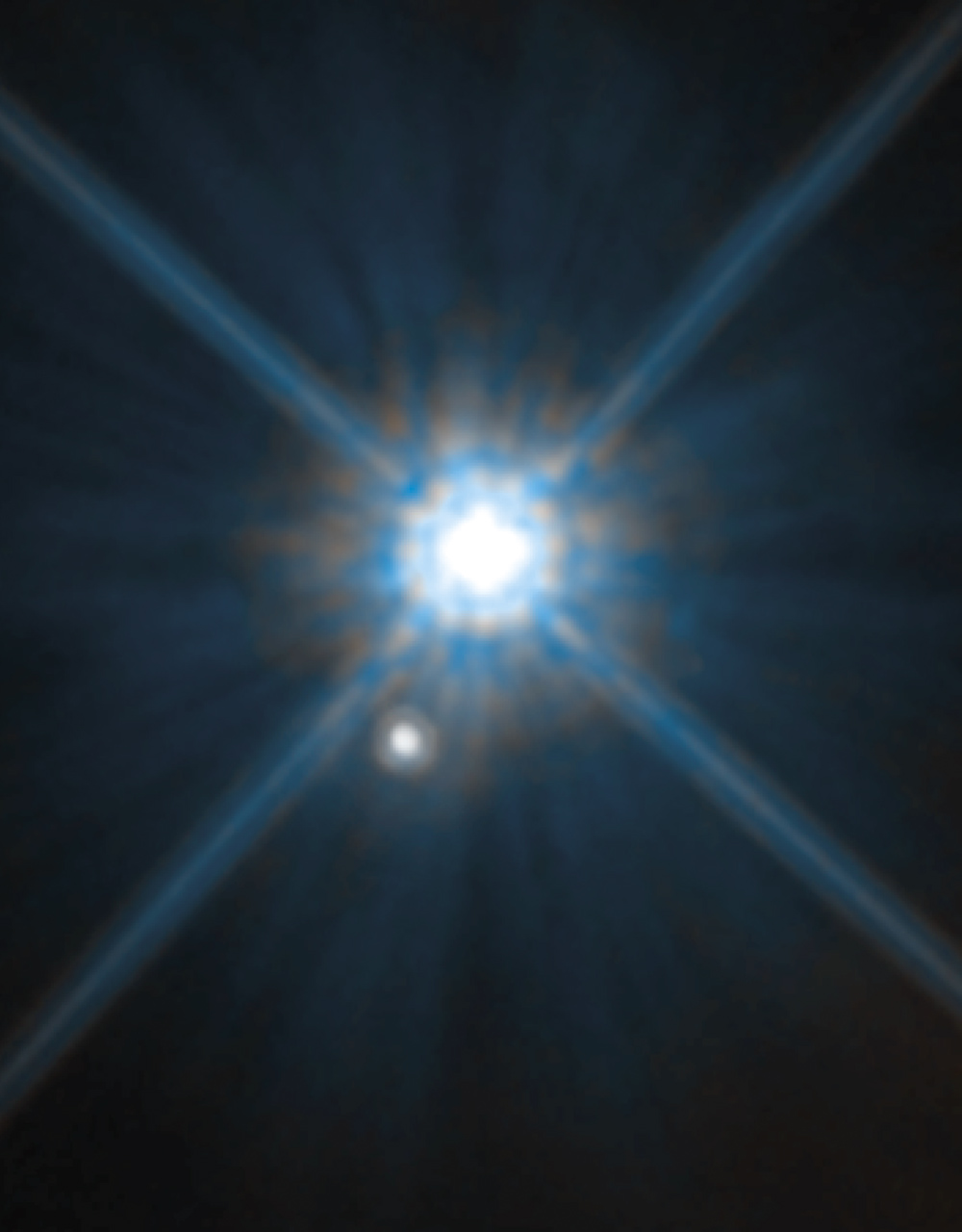 Relativity Revisited  Einstein’s 1915 General Theory of Relativity, which predicted that the gravity of a massive object could deflect the path of a passing beam of light, was confirmed 100 years ago this week. During a total solar eclipse, the apparent position of a star near the sun’s edge shifted about two arcseconds due to the Sun’s gravity, just as Einstein predicted. In 2017, astronomers retested this theory using the gravity of a star other than the Sun. Using the Hubble Telescope, they measured the position of a star 5,000 light-years away (small star above) as the white dwarf star Stein 2051 B (just 17 light-years away) passed in front of it over a period of two years. The distant star appeared displaced by two milliarcseconds by Stein 2051 B’s gravity, allowing astronomers to calculate the mass of Stein 2051 B.