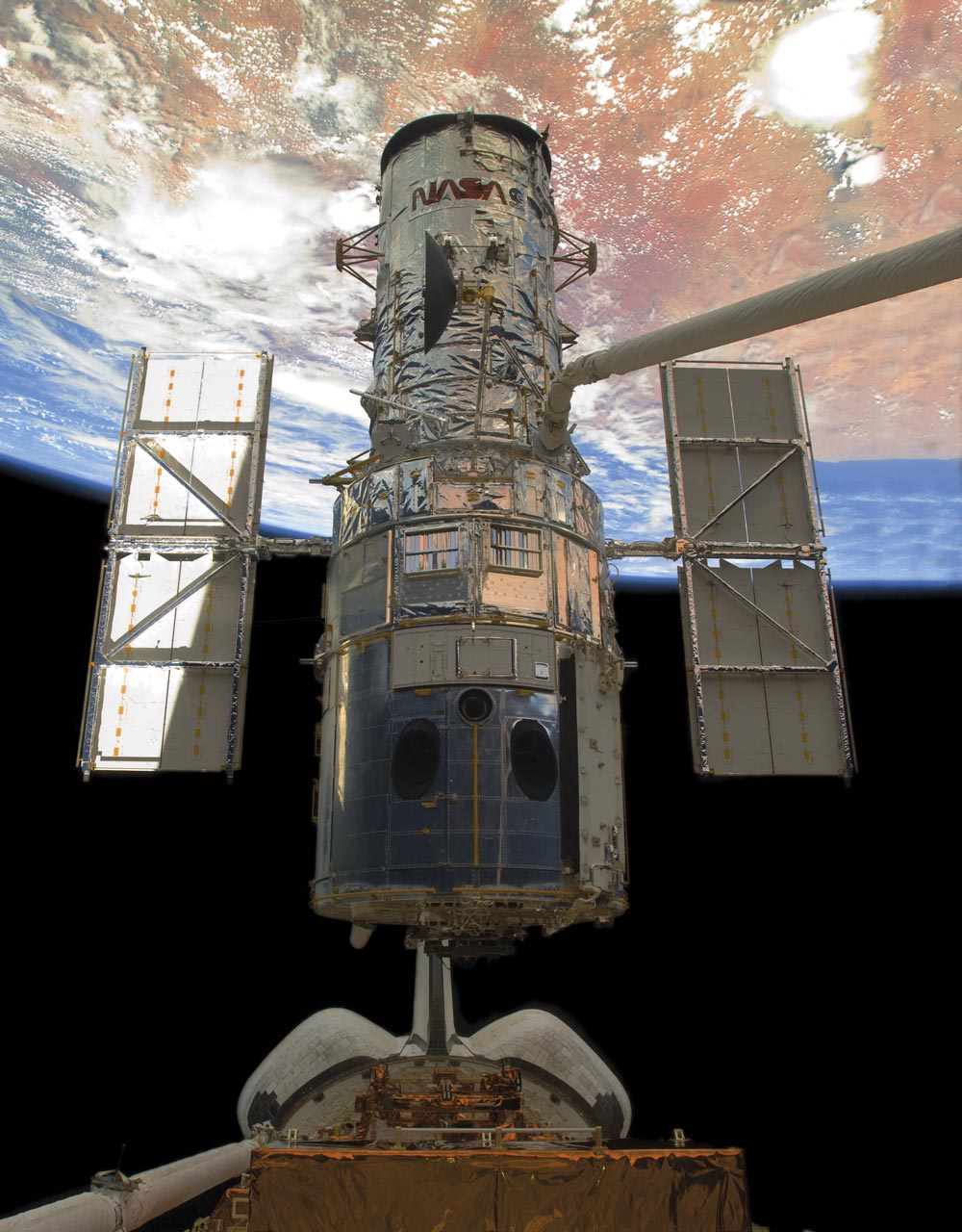 Fond Farewell to Hubble  If space shuttles were creatures of habit, Atlantis might have headed straight for the International Space Station when it was launched ten years ago this week. It had been more than fourteen years since Atlantis had traveled somewhere other than the ISS or the Mir space station. The STS-125 mission had a different goal: the fifth and final servicing mission of the Hubble Space Telescope, seen here just before its final deployment at mission’s end. During the thirteen-day mission, the crew added a new camera and spectrograph, and they replaced six gyroscopes, a fine-guidance sensor, and two batteries. Although Hubble is now more powerful and healthy than ever, the crew did attach a new docking mechanism that would allow it to be deorbited at the end of its useful life.