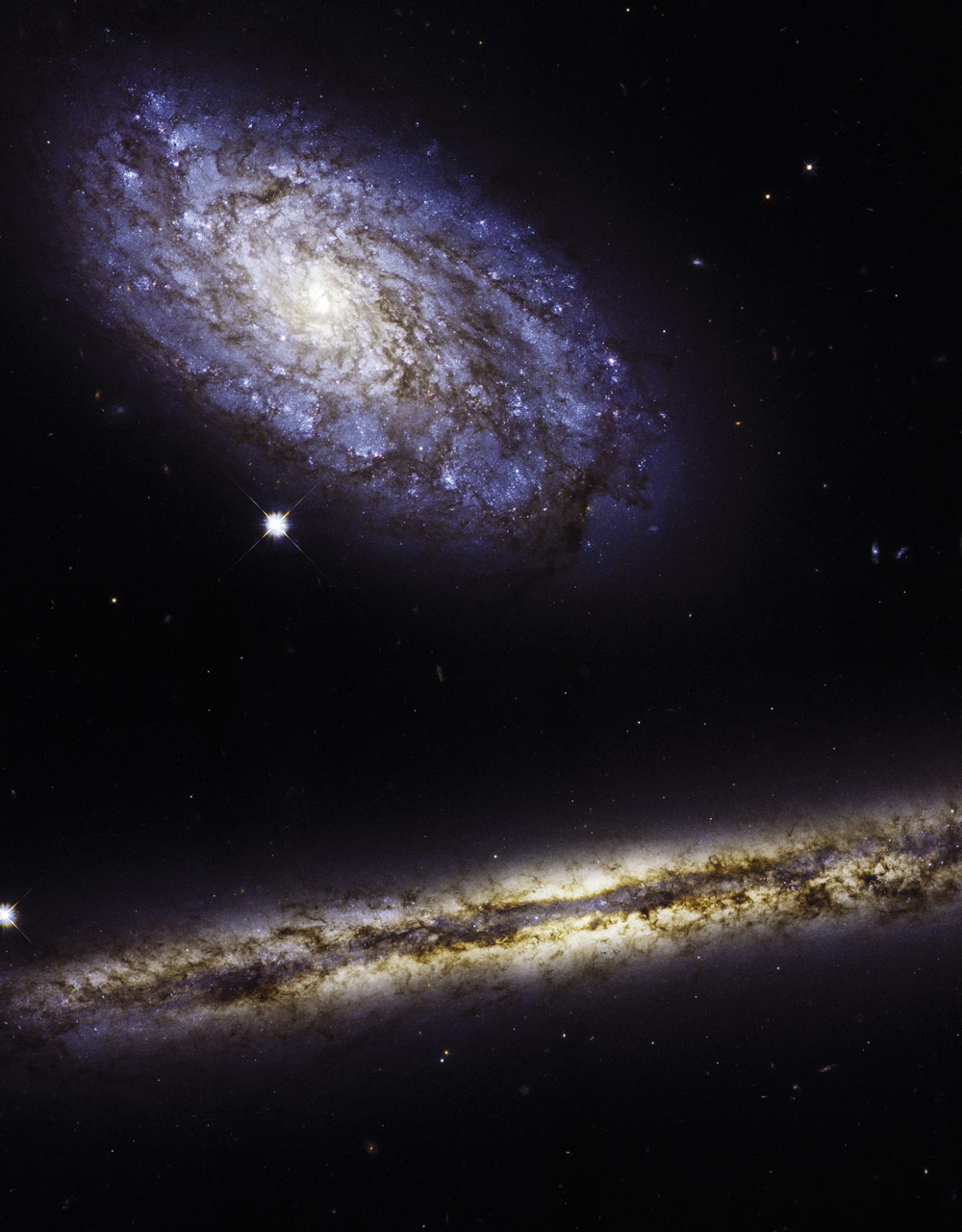 Milky Way Imposters?  Astronomers using the Hubble Space Telescope took this stunning portrait of a pair of spiral galaxies. The image offers a glimpse of what our Milky Way galaxy would look like to outside observers viewing it from different locations. The edge-on galaxy is called NGC 4302, and the tilted galaxy is NGC 4298. These galaxies are very similar in terms of their structure and contents, but they look different because of their different orientations. In NGC 4298, the telltale pinwheel-like structure is visible, but it’s not as prominent as in some other spiral galaxies. In the edge-on NGC 4302, dust in the disk is silhouetted against rich lanes of stars. Absorption by dust makes the galaxy appear darker and redder than its companion. Both galaxies are about 55 million light-years away from Earth.