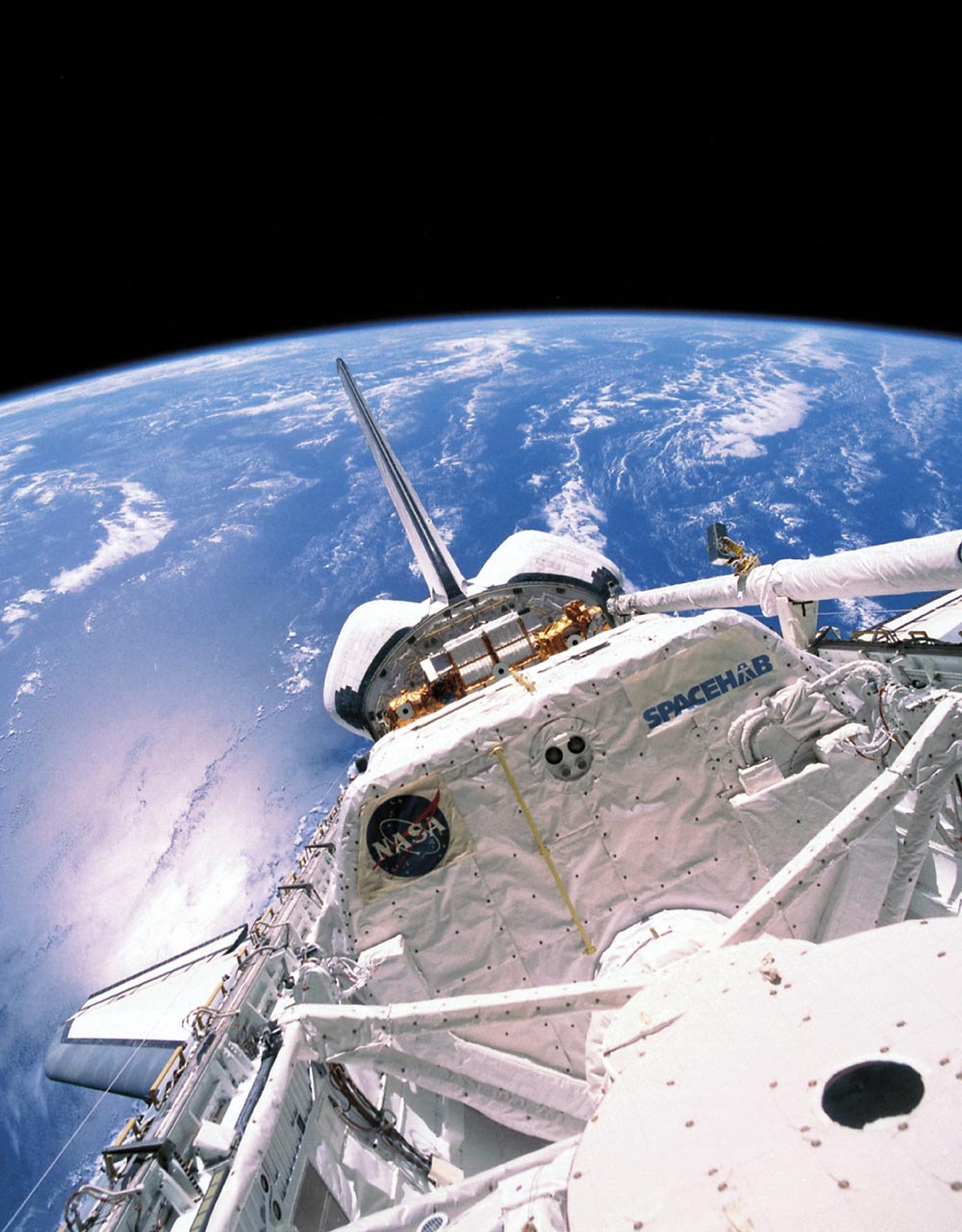 Mr. Glenn Goes to Space  The launch of the STS-95 mission twenty years ago this week marked the 25th flight of the orbiter Discovery, but making an even more impressive return to space was John Glenn. More than 36 years earlier, when some of his STS-95 crewmates were still in diapers, Glenn made America’s first orbital spaceflight in his Friendship 7 Mercury capsule. A U.S. Senator since 1974, Glenn campaigned for his return to space, touting it as a unique opportunity to supplement a medical data set that began nearly four decades before. Many experiments aboard Discovery’s Spacehab module focused on the effects of microgravity on Glenn who, at 77, became the oldest person ever to fly in space. Spacehab is visible here in Discovery’s cargo bay. Glenn died in 2016 at the age of 96.