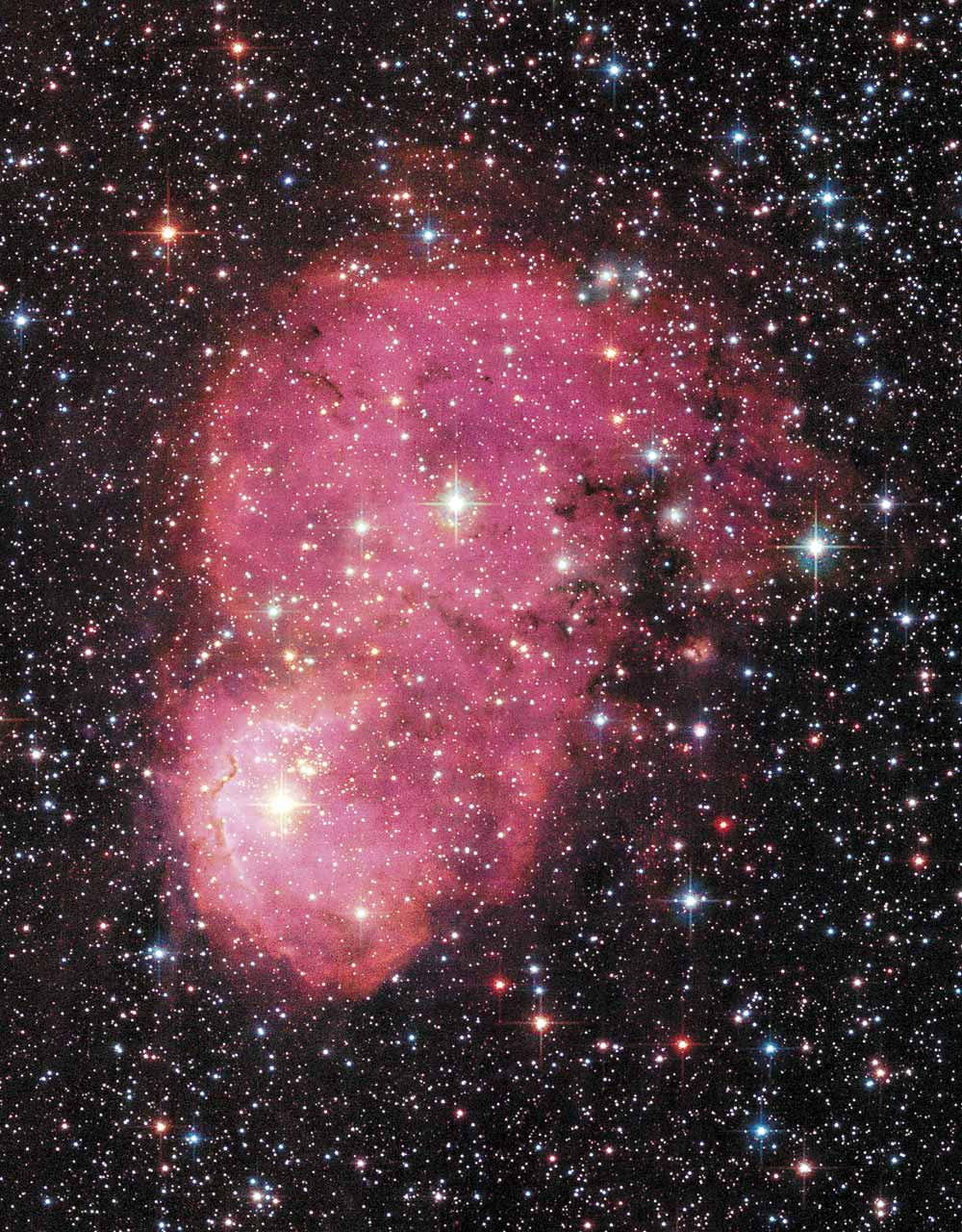 Illuminating Nebulae  The Hubble Space Telescope captured two nebulae that appear as one. Intense radiation from the brilliant central stars is heating hydrogen in each of the nebulae, causing them to glow red. These nebulae, known as NGC 248, are among many bright nebulae in the Small Magellanic Cloud, a neighboring dwarf galaxy 200,000 light-years away in the southern constellation Tucana. They were discovered in 1834 by John Herschel. NGC 248 is about 60 light-years long and 20 light-years wide. The image is part of a study called Small Magellanic Cloud Investigation of Dust and Gas Evolution (SMIDGE). Astronomers are using Hubble to probe the Milky Way satellite to understand how dust is different in galaxies that have a far lower supply of heavy elements needed to create dust.