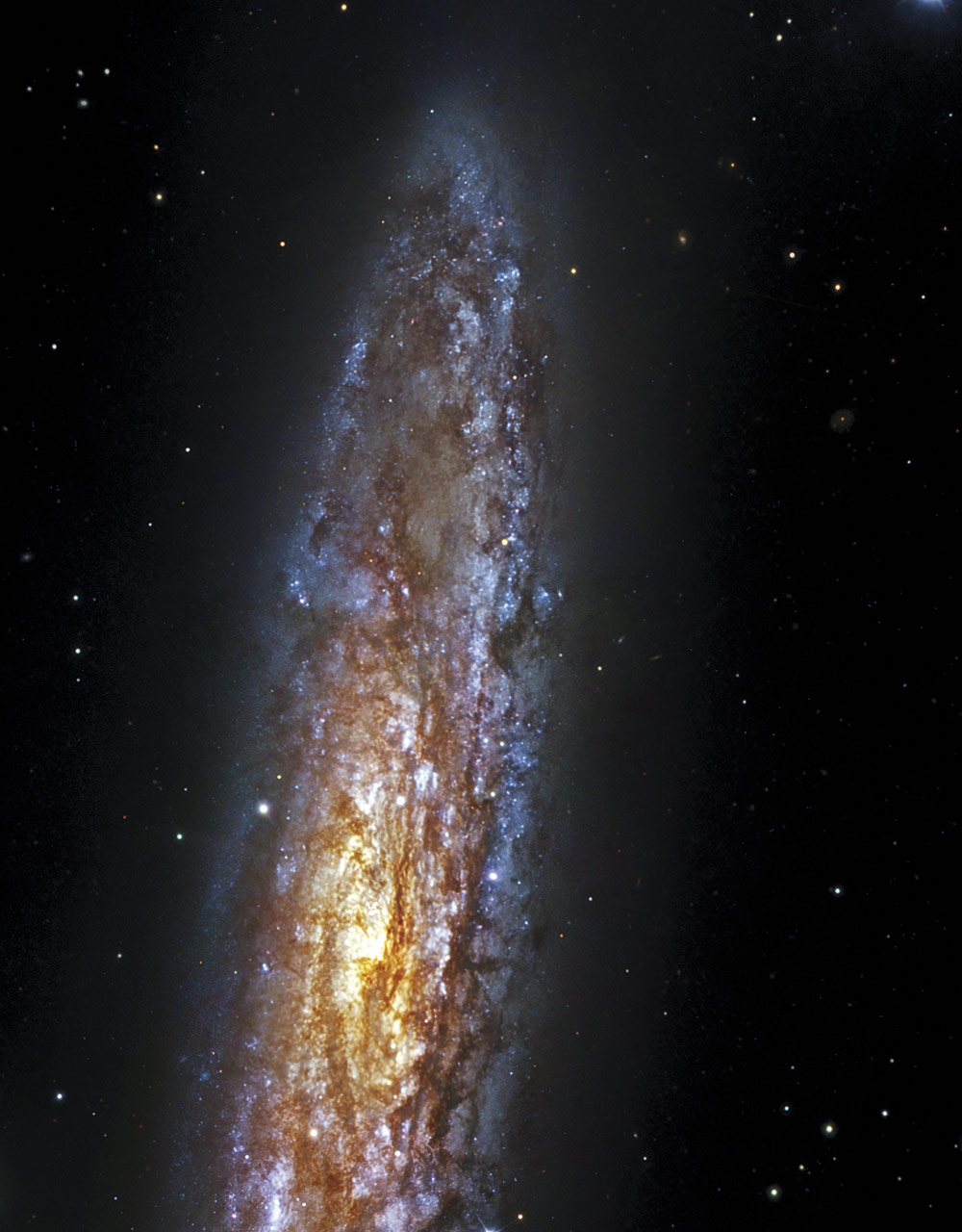 Sister Acts  In 1772, twenty-two-year-old Caroline Lucretia Herschel left her native Germany to join her brother William in England, hoping to avoid a traditional life of dreary domestic servitude. Herschel helped her brother, an amateur astronomer, record his numerous observations, but soon she learned advanced mathematics and optics, and she became an accomplished observer in her own right. Among her many discoveries were eight comets and over a dozen “nebulae,” including NGC 253 (above), which she observed 235 years ago this week. NGC 253 is actually a spiral galaxy 10 million light-years away in the constellation Sculptor. Caroline, who never married, lived until the ripe old age of 98. Both the lunar crater “C. Herschel” and the asteroid “281 Lucretia” were named in honor of her accomplishments.