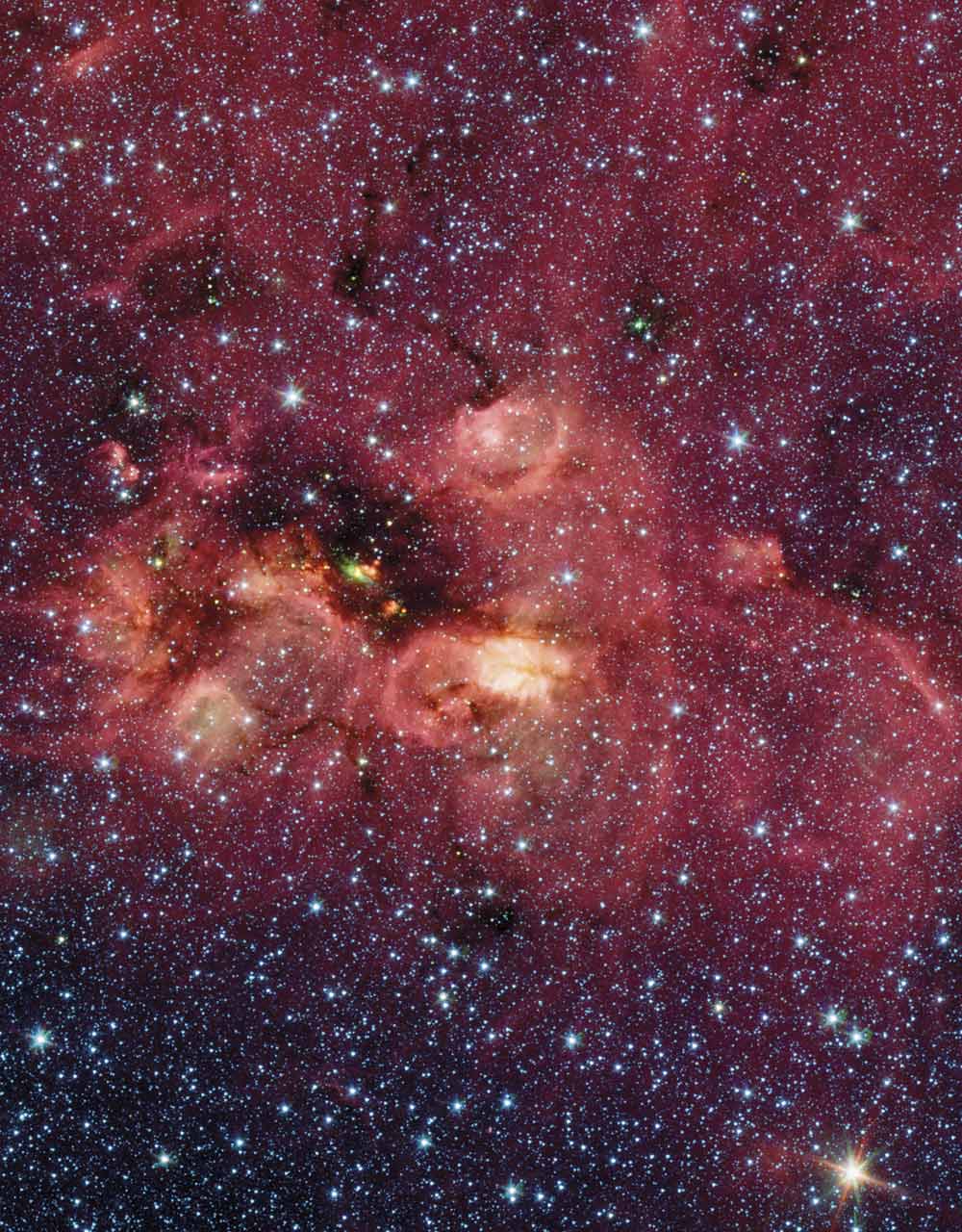 Infrared Anniversary  Fifteen years ago this week, NASA launched the fourth and final member of its Great Observatories, which aimed to assemble a complement of four cutting-edge telescopes that are sensitive to radiation across different parts of the spectrum. The first Great Observatory was the Hubble Space Telescope, launched in 1990 to study visible and near-ultraviolet light. It was followed in 1992 by the Compton Gamma Ray Observatory, and in 1999 by the Chandra X-ray Observatory. The Spitzer Space Telescope, launched this week in 2003, captures infrared radiation, which allows it to see through dust that often obscures visible wavelengths.  This Spitzer infrared image reveals the Coyote Head Nebula, a star-forming region tucked away behind a veil of dust that blocks our view in visible light.