December 18, 2017 - Discovered and Photographed by Cassini 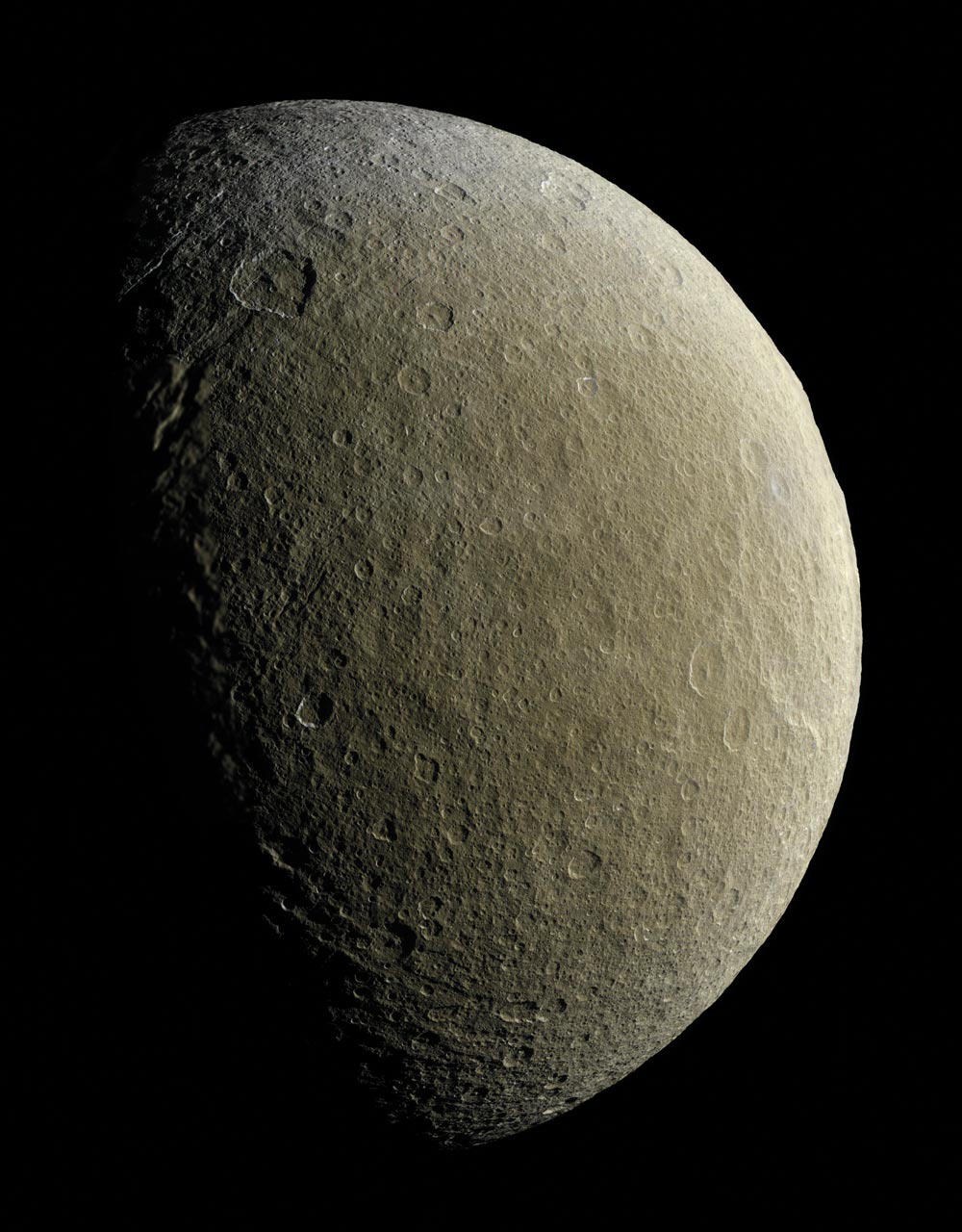 Discovered and Photographed by Cassini  Giovanni Cassini was an astronomer at the Panzano Observatory in Bologna from 1648 to 1669, and in 1671 he became director of the Paris Observatory. A talented observer, Cassini made numerous contributions to the understanding of the solar system. He made direct measurements of the distance to Mars, co-discovered Jupiter’s Great Red Spot, was the first to see the gap in Saturn’s rings that now bears his name, and discovered four of Saturn’s moons. One of those moons, Rhea, he discovered 345 years ago this week. Rhea is an icy moon covered with large and small impact craters. This enhanced-color image, take by the (appropriately named) Cassini spacecraft in early 2015, is one of the highest resolution color views of the Rhea ever obtained.