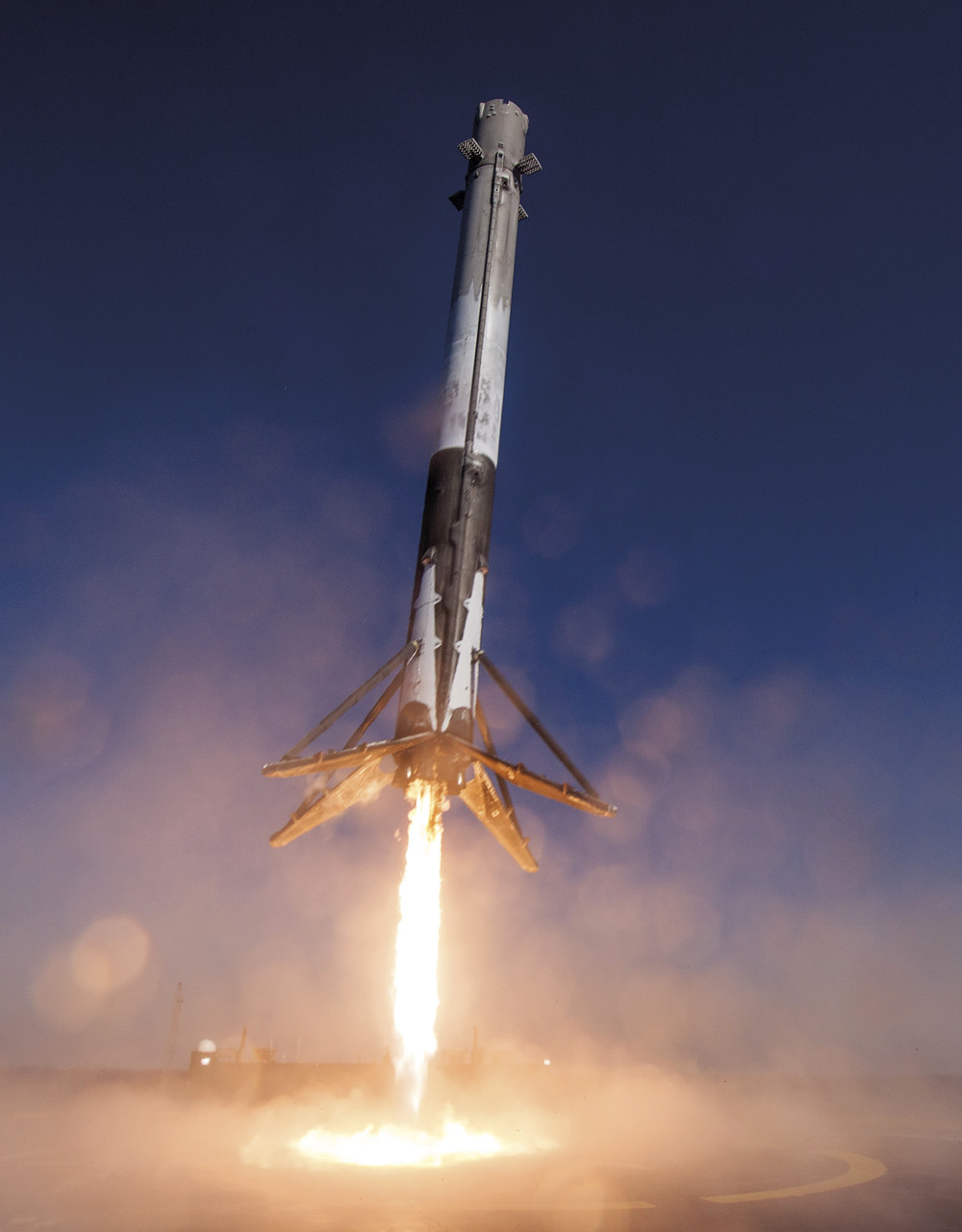 Like a Rocket Takes to Water  Germany’s V-2 rocket, the world’s first long-range guided missile, was developed too late to change the course of World War II, but it did change the course of space exploration. At the end of the war, the United States and the Soviet Union vied for control over the treasure trove of German rockets and the scientists who designed them. Both countries benefitted from these spoils of war, and seventy years ago today the US launched the first rocket—a captured V-2—from the deck of an aircraft carrier. Since then, rocket launches from sea platforms have become common (most notably by the Sea Launch company), but a new twist occurred in 2016 when, as seen here, the SpaceX company landed the first stage of its reusable Falcon 9 rocket on a floating platform at sea.