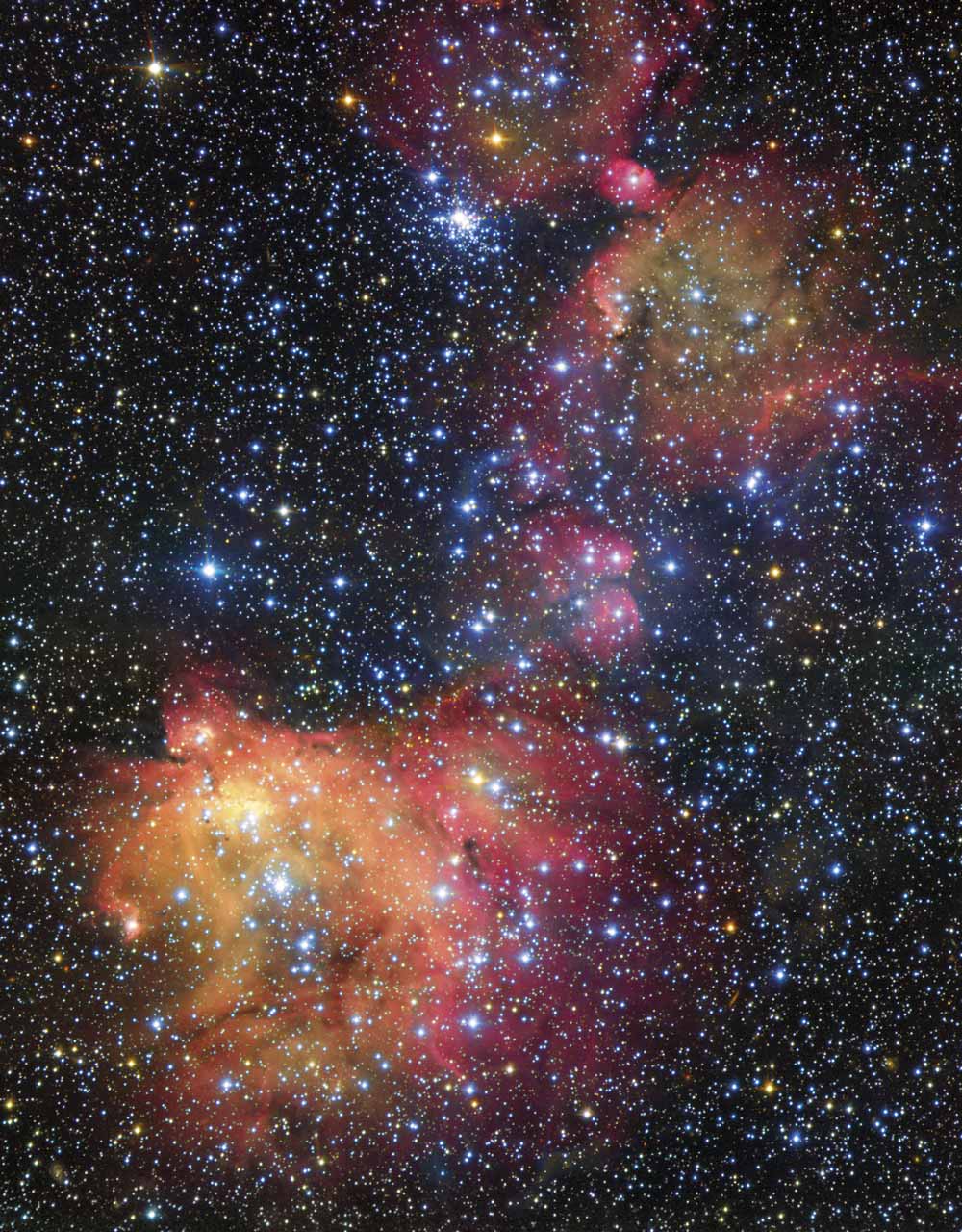 Stellar Ornaments  In the strikingly colorful emission nebula LHA 120-N55 (or N55 for short), blazing blue stars are adorned with a mantle of glowing gas left over from their recent formation. Astronomers study these beautiful displays to learn about the conditions in places where new stars develop. N55 is a glowing gas cloud in the Large Magellanic Cloud, a satellite galaxy of the Milky Way located about 163,000 light-years away. It is situated inside a supergiant shell, or superbubble, called LMC 4. Superbubbles, often hundreds of light-years across, are formed when the fierce winds from newly formed stars, and shockwaves from supernova explosions, work in tandem to blow away most of the gas and dust that originally surrounded them and create huge bubble-shaped cavities.