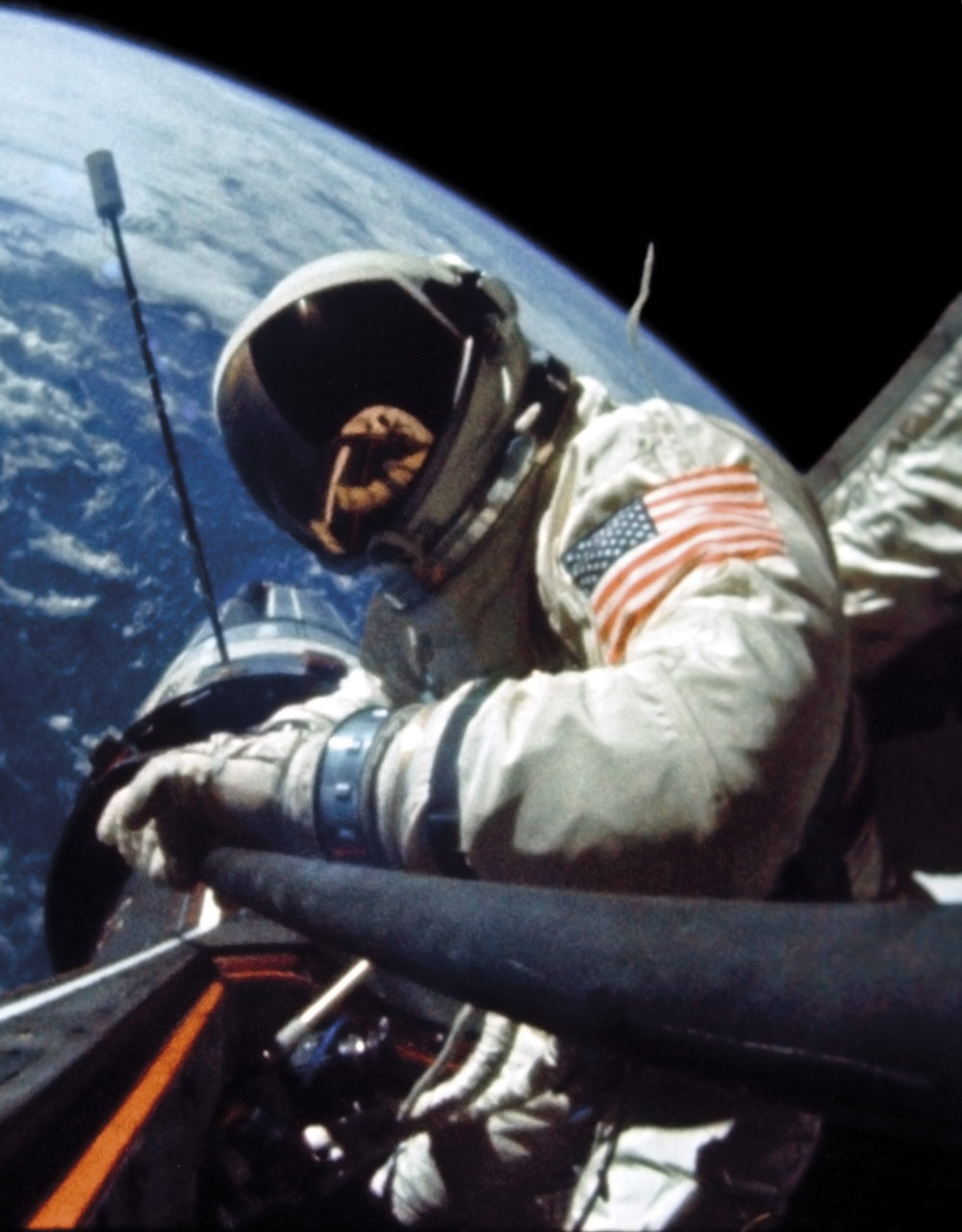 Buzz’s Selfie Stick?  Launched fifty years ago this week, Gemini XII was the tenth and last crewed flight of the Gemini program, which aimed to perfect docking procedures and technology for future lunar missions. It was also the first spaceflight for Edwin E. “Buzz” Aldrin, Jr., a former USAF fighter pilot and MIT astronautics engineer who would become, in 1969, the second person to walk on the Moon. Here, Aldrin stands in the open hatch during Gemini XII’s first EVA, with the docked Agena target vehicle in the background. What appears to be a selfie stick is actually a spacewalk handrail he installed; the image itself is a still frame from a remote movie camera. Aldrin’s Gemini XII crewmate, James A. Lovell, Jr., later flew as Command Module Pilot on Apollo 8 and Commander on Apollo 13.