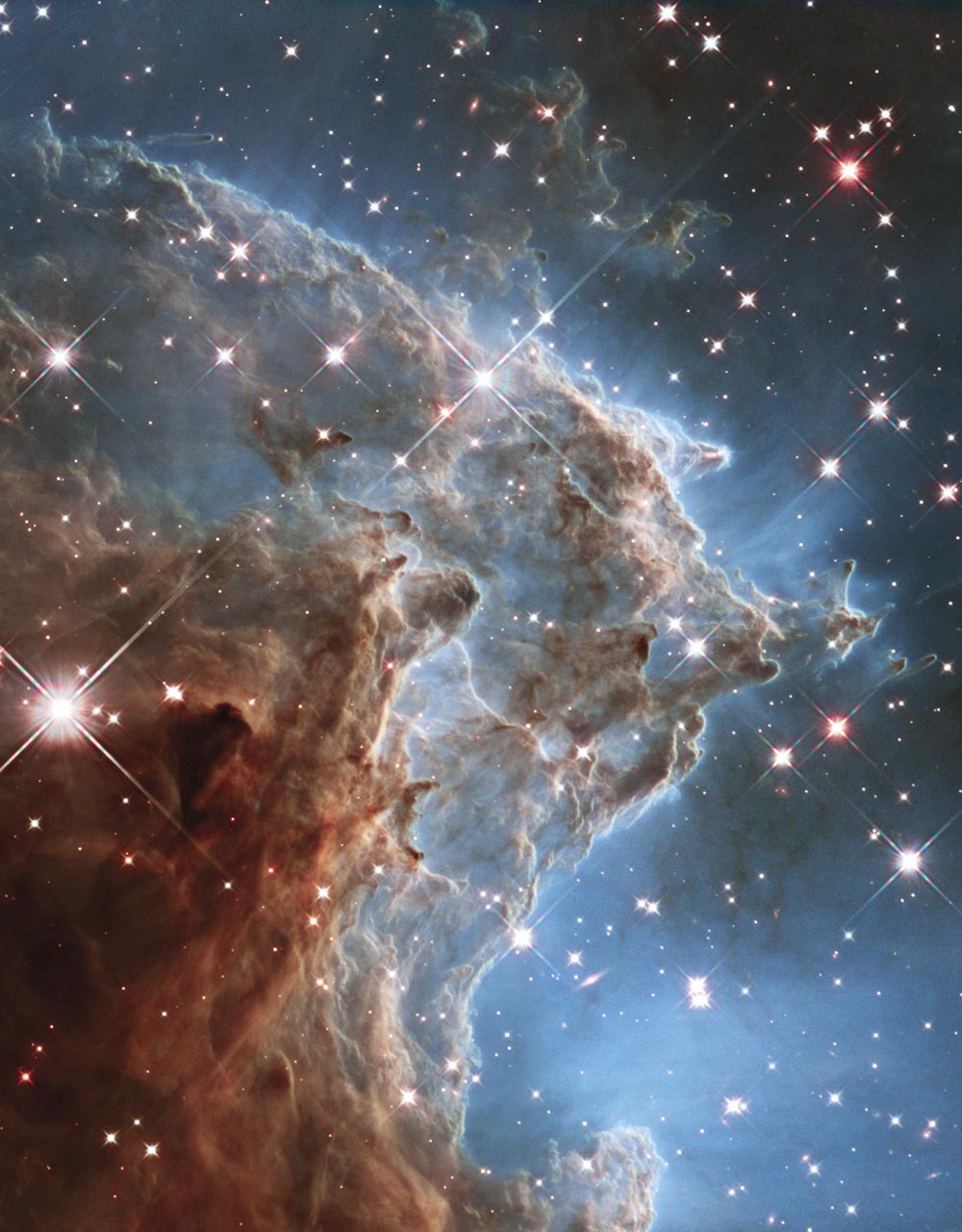 Hubble Gives Us Cosmic Vision  An infrared image from the Hubble Space Telescope of the Monkey Head Nebula (NGC 2174) reveals hot young stars (at right) blasting the surrounding dust clouds with their stellar wind, carving it into fantastic shapes and causing the ionized hydrogen within it to glow. Launched aboard the Space Shuttle Discovery in 1990, Hubble is the first major telescope to be utilized in space. A misfigured primary mirror resulted in blurry images at first, but a shuttle servicing mission in 1993 corrected Hubble’s vision. Four subsequent Hubble Servicing Missions flew between 1997 and 2009, the last of which (SM4) was announced ten years ago today. SM4 repaired two of Hubble’s instruments and installed the Wide Field Camera 3 and Cosmic Origins Spectrograph.