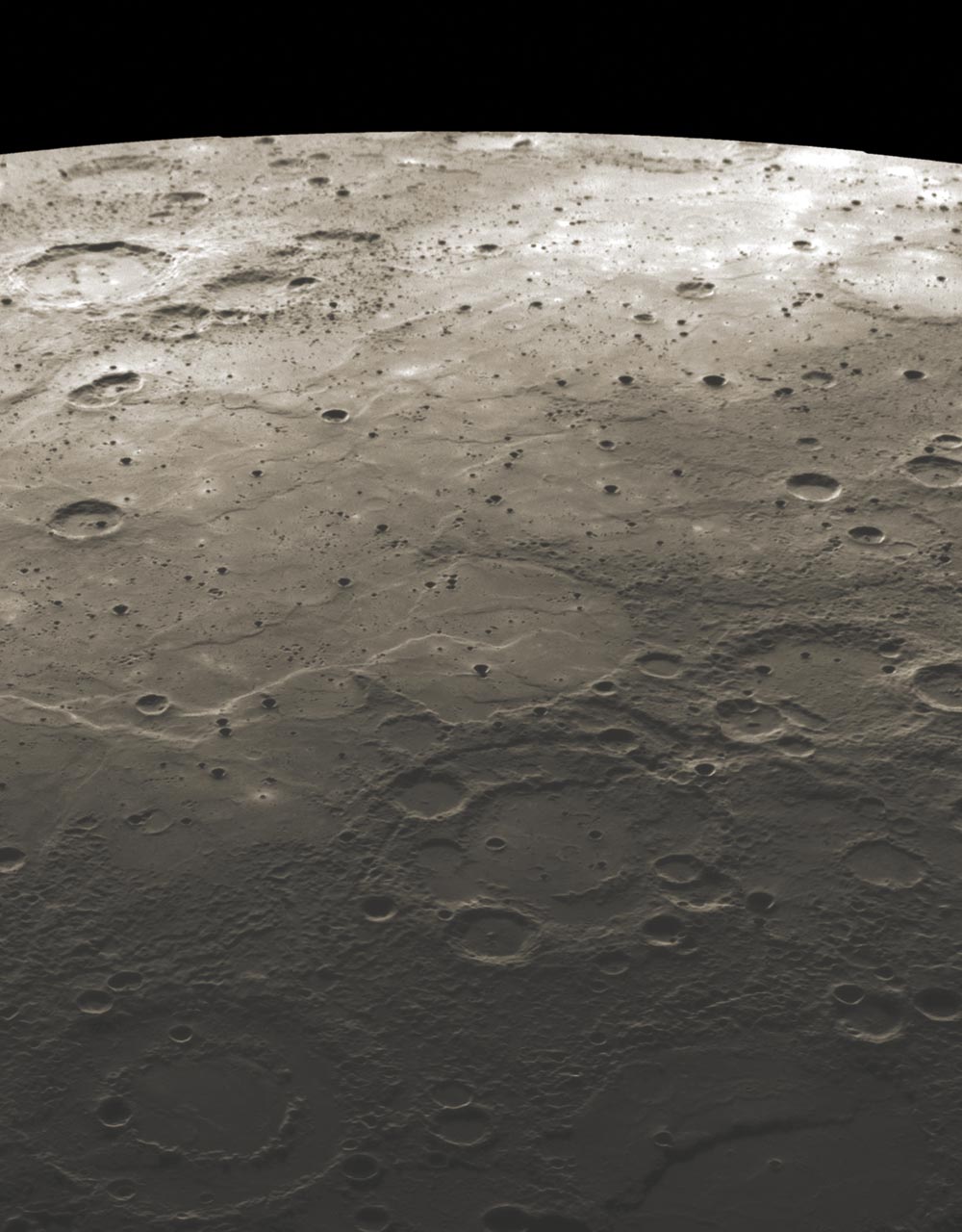 Evidence of Ancient Volcanism on Mercury  Observations from NASA’s MESSENGER mission revealed variations in Mercury’s surface composition due to volcanism that occurred at different times in its history, as well as a surprising concentration of elements like magnesium and sulfur—much more so than any of the other terrestrial planets. Some of this volcanic activity flooded even older craters with lava, which solidified and left relatively smooth interiors. After more than ten years in space—four of them in orbit around Mercury—the MESSENGER spacecraft’s operational life ended when it impacted the planet’s surface on April 30, 2015. MESSENGER was the first spacecraft to orbit the innermost planet, gathering unprecedented data on the composition, geography, and magnetosphere of Mercury.