June 6, 2016 - Pillars of Creation and Destruction 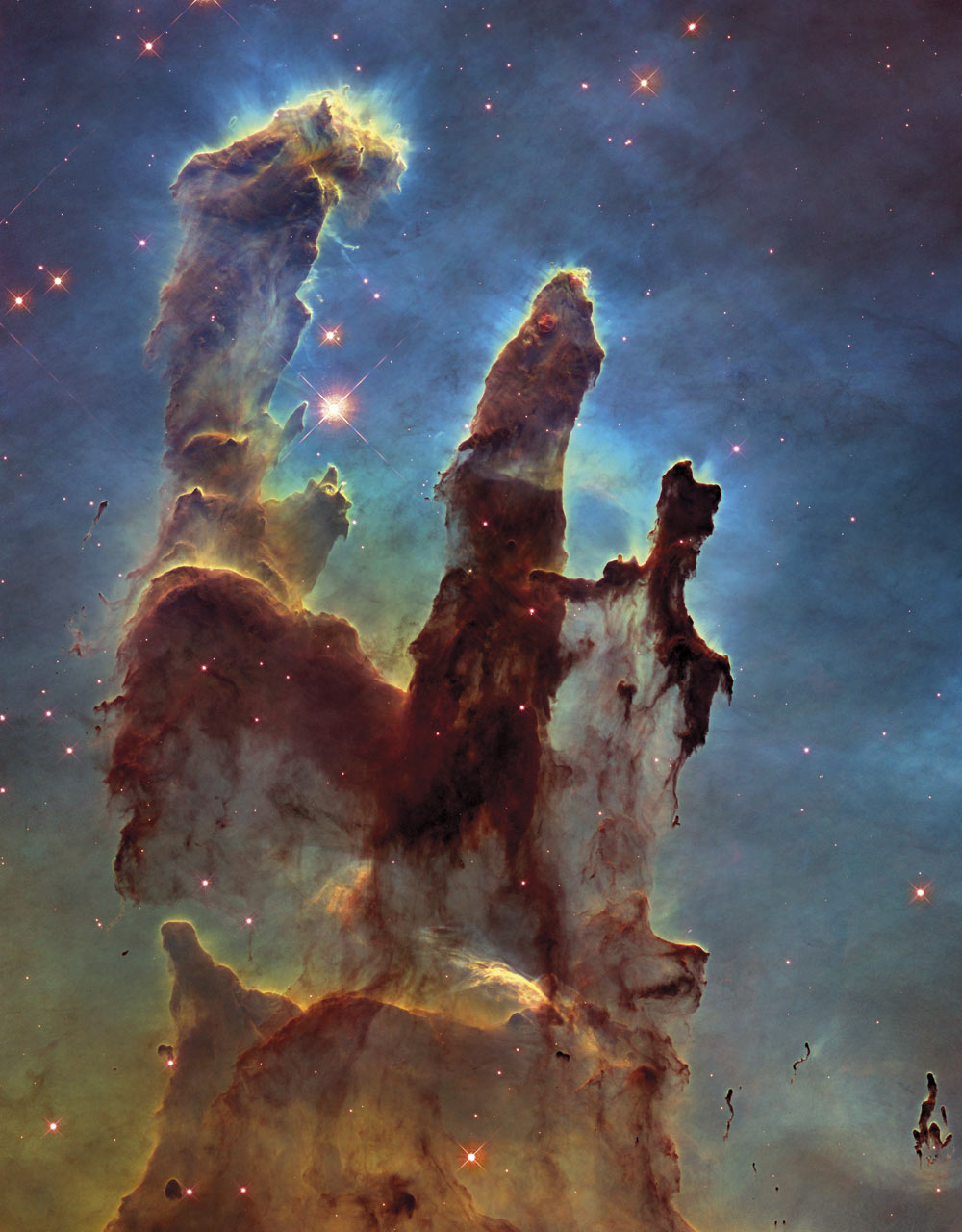 Pillars of Creation and Destruction  These glowing, ghostly shapes have been dubbed the “Pillars of Creation,” but it’s the process of destruction that makes them so fantastic to behold. Five light-years high, these columns of cold gas and dust are sculpted by the powerful winds from hot young stars within the Eagle Nebula (M16), 6,500 light-years away in the constellation Serpens. Ionizing radiation from the stars heats up the edges of the stellar wind-swept clouds and causes them to glow brilliantly in light wavelengths detectable by the Hubble Space Telescope; through this destruction, new stars will be born, as the gas and dust are incited to collapse and condense. In fact, our own Sun and solar system may have formed within a glowing region just like this, nearly 5 billion years ago.