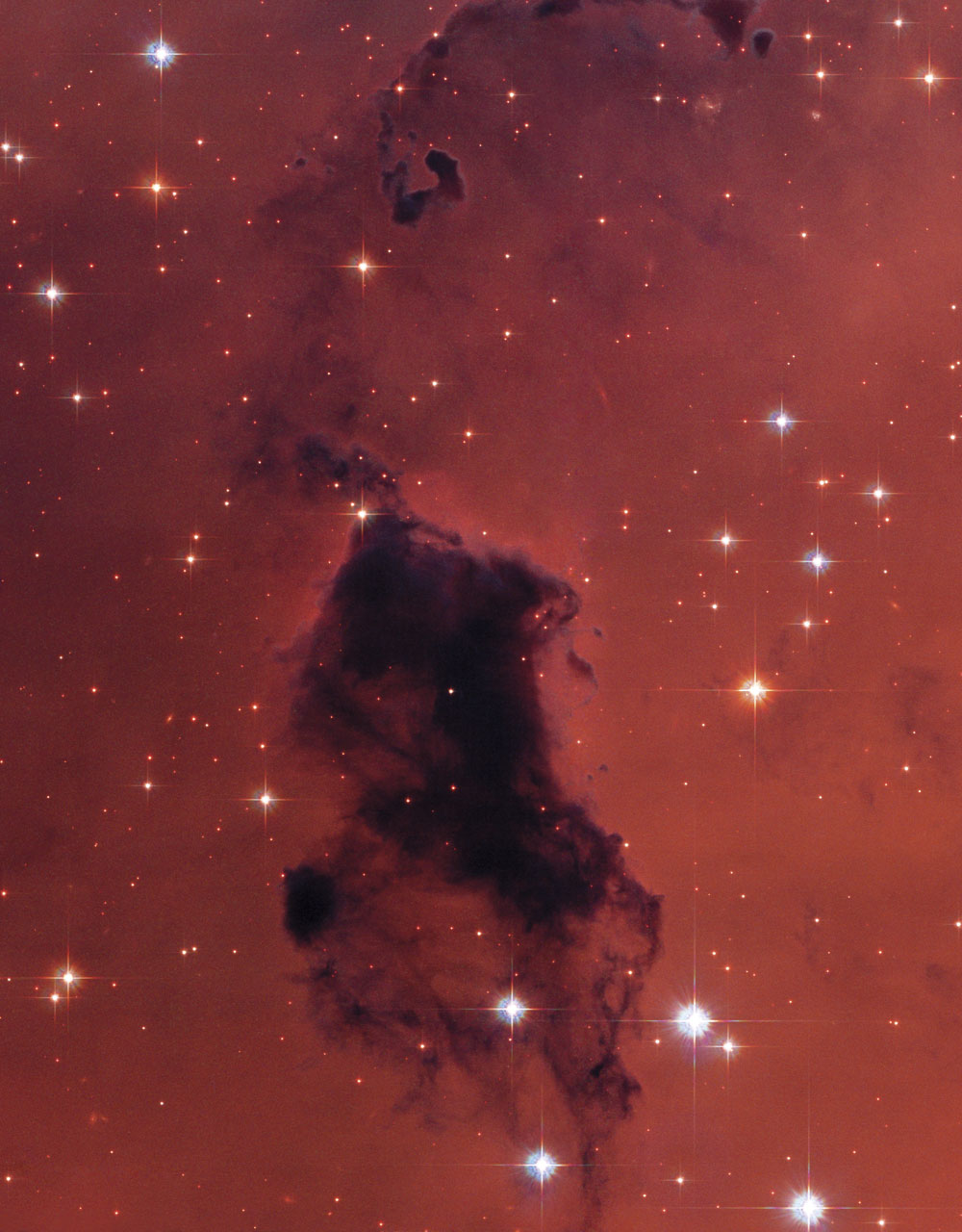 A Dark Galactic Dustball  Nine thousand light-years away in the constellation Cassiopeia, a pink glow from ionized hydrogen in the emission nebula NGC 281 provides an illuminated backdrop for an opaque cloud that lies in front of it. Once thought to be “holes in space,” these dark blotches are now understood to be clumps of condensing dust and gas within which stars eventually form. They are known as Bok globules, after the famously good-natured American astronomer Bart J. Bok, born in the Netherlands 110 years ago this week. Bok’s research focused on the evolution and structure of the Milky Way and the enigmatic dark clouds that now bear his name. With his wife, Priscilla, Bok wrote many popular astronomy books. He was also a renowned skeptic and debunker of astrology.