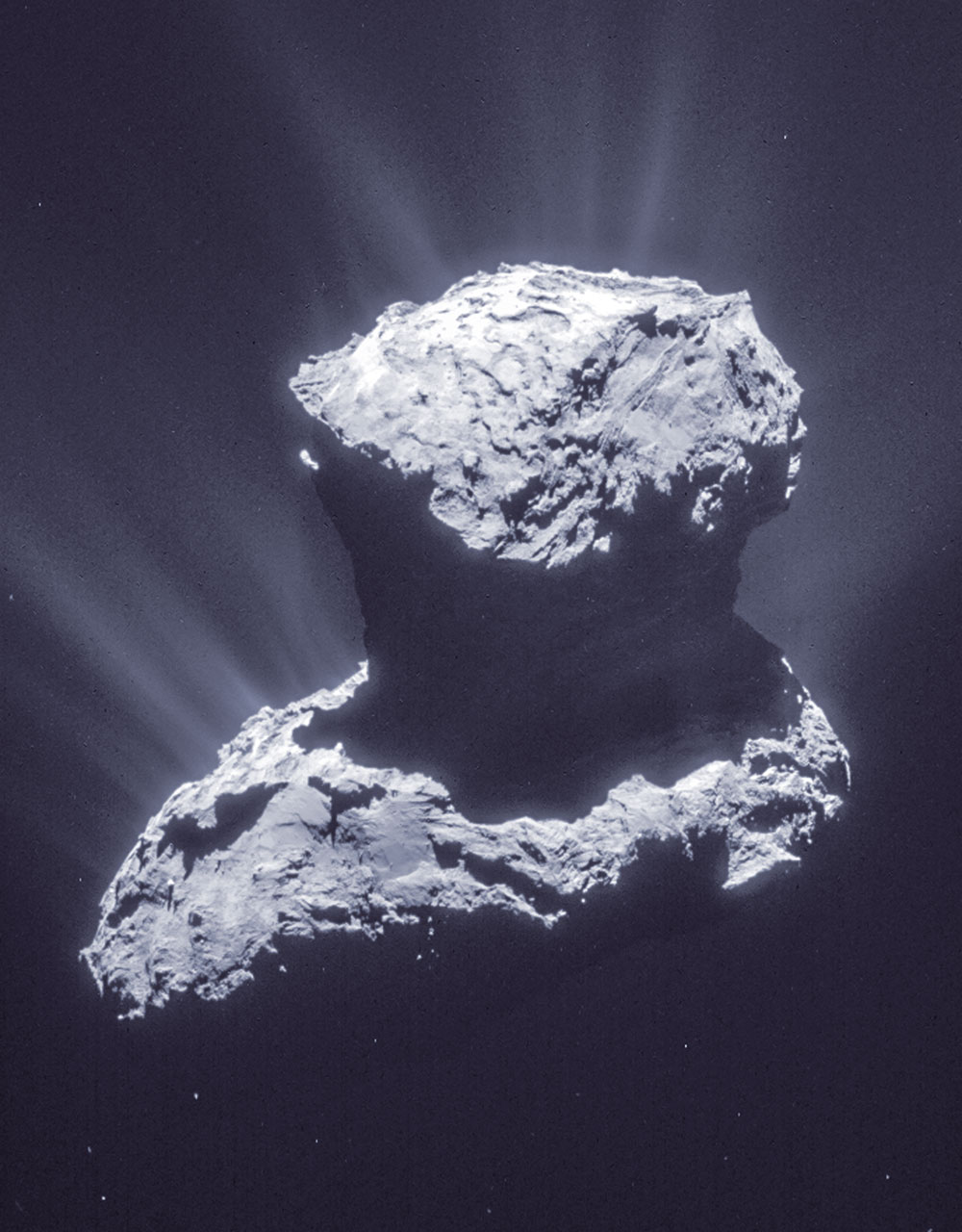 Action on a Comet  Thirty years ago this week, the well-known Halley’s Comet made its most recent close pass by Earth, a highly-anticipated event witnessed by people around the world. Halley is a short-period comet, currently taking about 76 years to complete one of its retrograde orbits around the Sun. It was Edmond Halley who, in 1705, first determined that comets—like the one bearing his name—are periodic and can have their orbits calculated. On August 6, 2014,  the European Space Agency’s Rosetta became the first spacecraft to enter orbit around a comet: 67P/Churyumov-Gerasimenko, a short-period comet that only takes 6.5 years to journey around the Sun. This view of dust jets erupting on 67P as it gets closer to the Sun was acquired by Rosetta in March 2015 from about 86.6 km (54 miles) away.