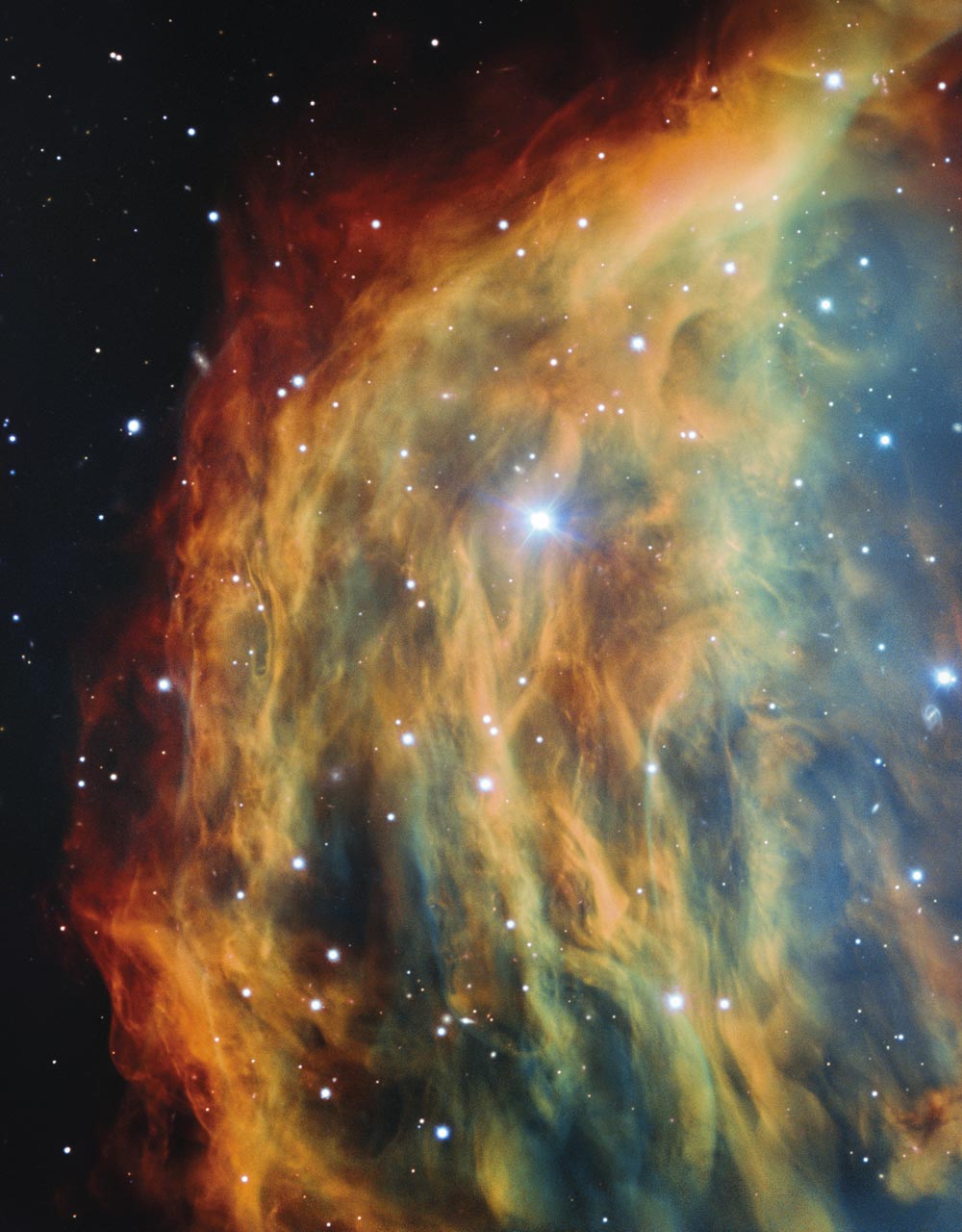 Gazing at Medusa  Unlike its mythological namesake, this Medusa is safe to look at—no danger of instant fossilization! The Medusa Nebula, seen in an image from the Very Large Telescope, is several light-years across and 1,500 light-years away in the constellation Gemini. Its wispy tendrils are glowing clouds of hydrogen and oxygen, cast off by the aging star at the “eye” of the nebula and ionized by the powerful ultraviolet radiation it continues to emit. Eventually this star will end its hydrogen-fusing life and become a white dwarf, shrinking to about the size of the Earth and slowly radiating its remaining heat out into space. A similar fate awaits our Sun, so gazing at the Medusa Nebula is like looking five billion years into the future at how our solar system might appear from elsewhere in the galaxy.