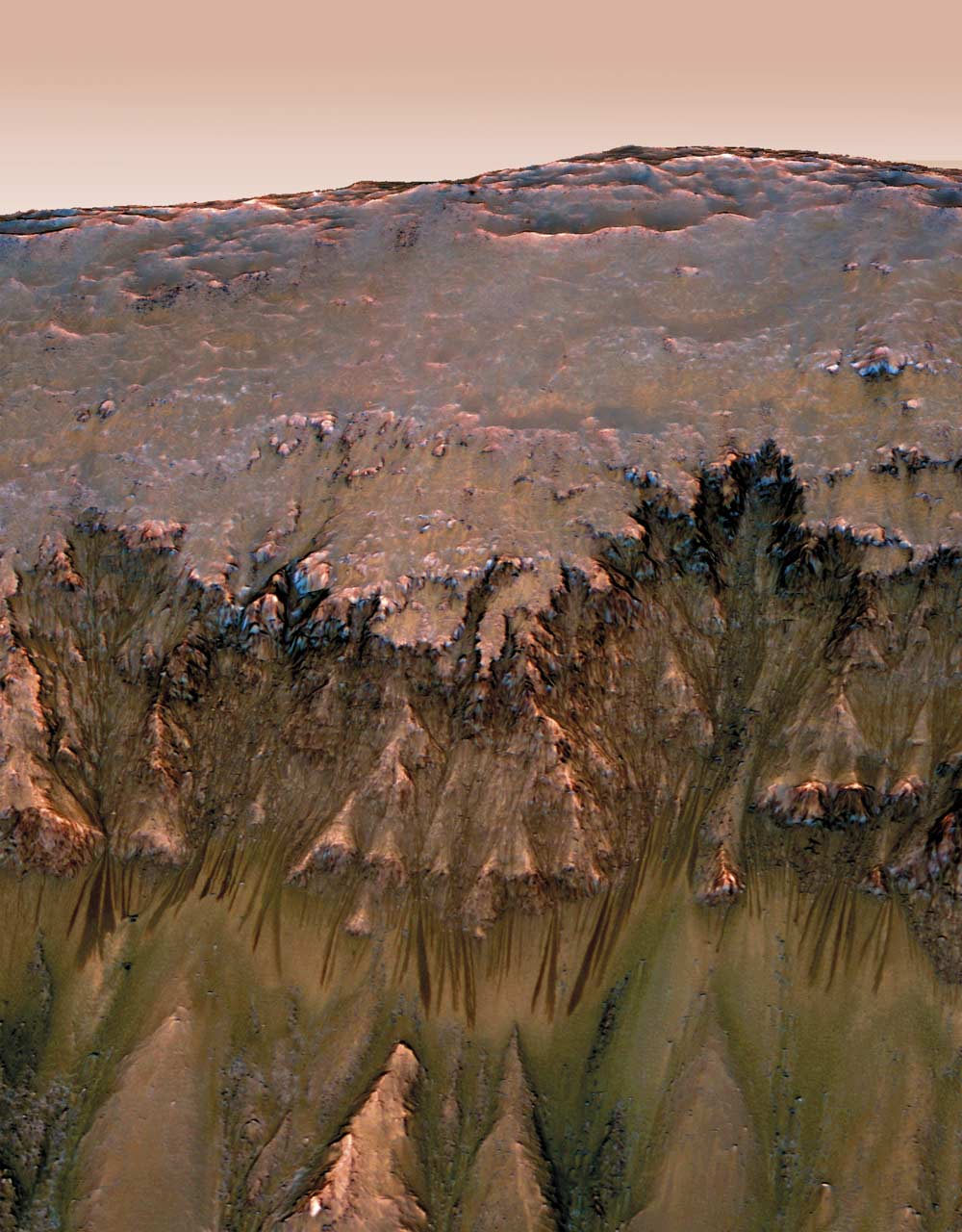 Water, Water Everywhere?  Water vapor exists in Mars’s atmosphere, and water ice can be found on its polar caps and in subsurface deposits, but liquid water has never been observed on Mars, primarily because in Mars’s thin atmosphere it would evaporate quickly. Fifteen years ago this week, however, NASA announced evidence for present-day liquid water on Mars based on the seasonal appearance of gullies (such as those shown here) thought to be fed by underground aquifers on some steep hillsides and crater walls. Although further observations of gullies by the Mars Global Surveyor and Mars Reconnaissance Orbiter led researchers to conclude that gullies are probably formed by the freezing and sublimation of carbon dioxide, the search for liquid water continues to be a very active area of research.