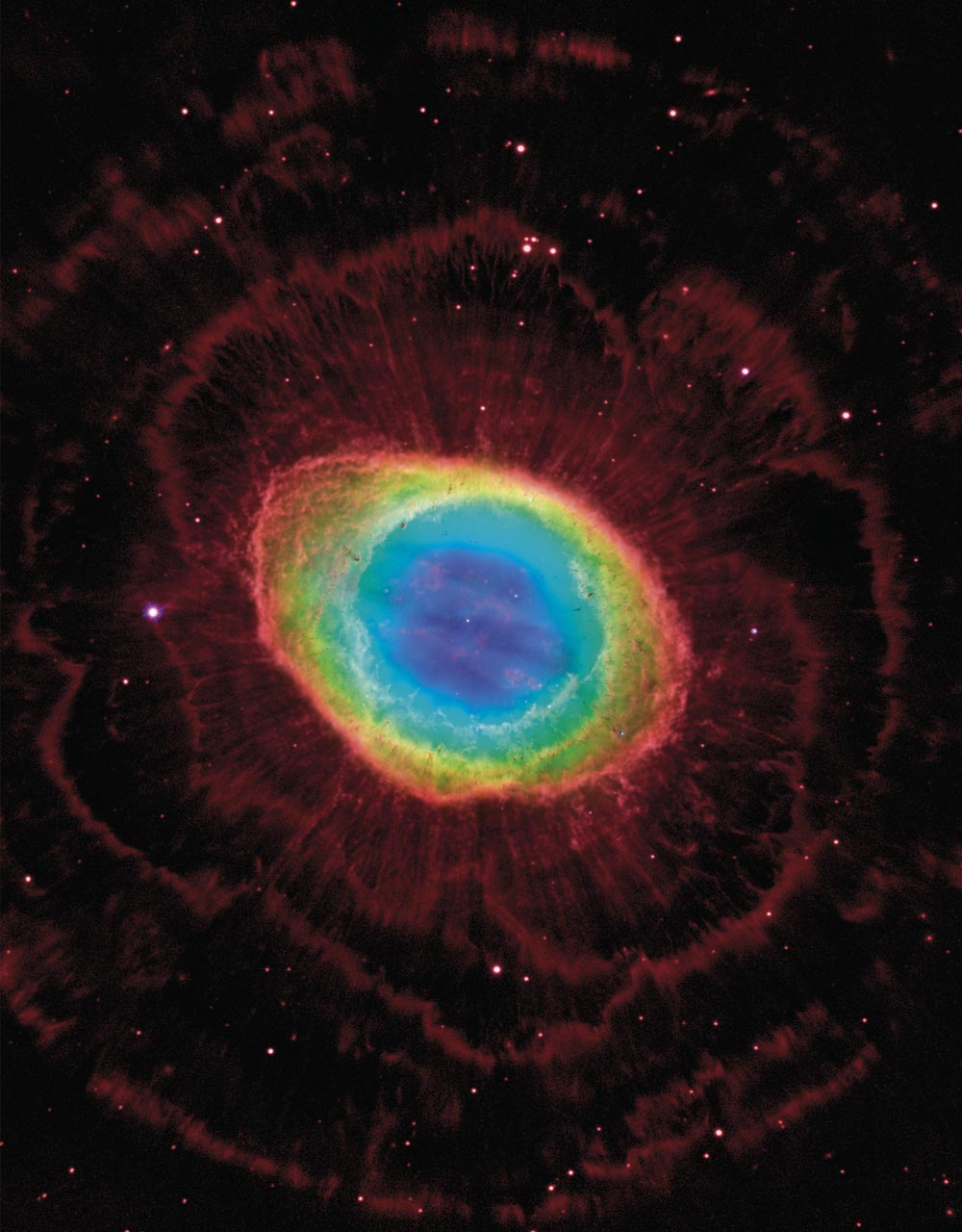 Running Rings Around the Nebula  The familiar Ring Nebula, 2,000 light-years away, takes on a new, more complicated appearance in this image combining visible-light data from Hubble with infrared data from the Large Binocular Telescope in Arizona. The blue gas in the nebula’s center is actually a football-shaped structure that pierces the surrounding red doughnut-shaped material. Dark, irregular knots of dense gas embedded along the inner rim of the ring resemble spokes in a bicycle. Researchers matched up the knots with the spikes of light around the bright, main ring, which are a shadow effect. The faint, scallop-shaped material surrounding the ring was expelled by the star during the early stages of the planetary nebula formation. This outer material was imaged by the Large Binocular Telescope.