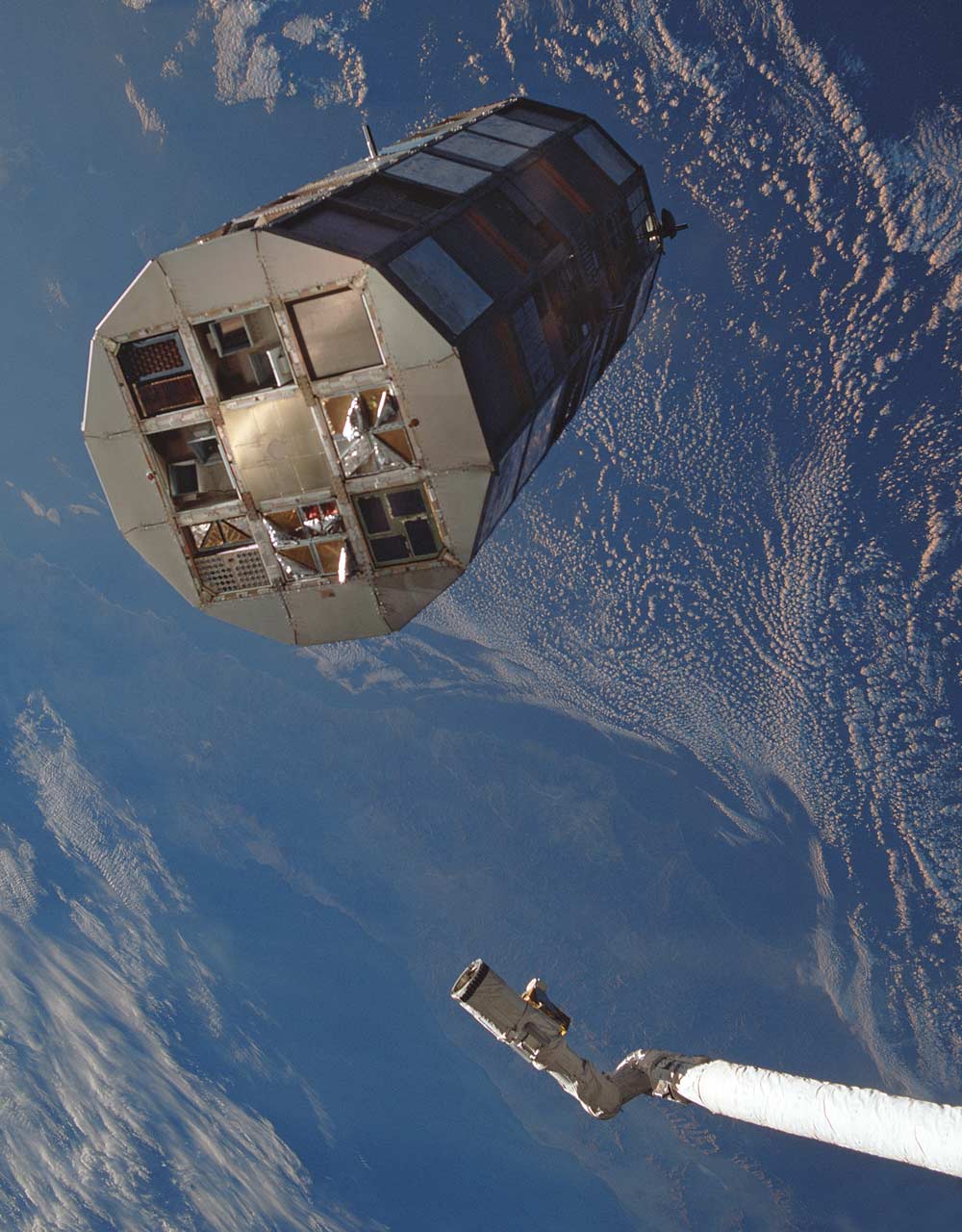 Pickup and Delivery  Launched twenty-five years ago this week, the STS-32 mission was the first of sixty-four shuttle flights that would take place in the 1990s. Columbia was making its ninth flight into space, carrying a crew of five astronauts on an eleven-day mission. Two main objectives of STS-32 were the deployment of the SYNCOM IV-F5 satellite and the retrieval of the Long Duration Exposure Facility (LDEF), a school-bus-sized experiment rack that exposed various material samples to the harsh environment of outer space. Deployed in April 1984, LDEF was originally scheduled to spend less than a year in space, but mission delays and the Challenger accident prevented its retrieval until 1990. During its six years in orbit, LDEF, shown here just prior to retrieval, orbited Earth 32,422 times.