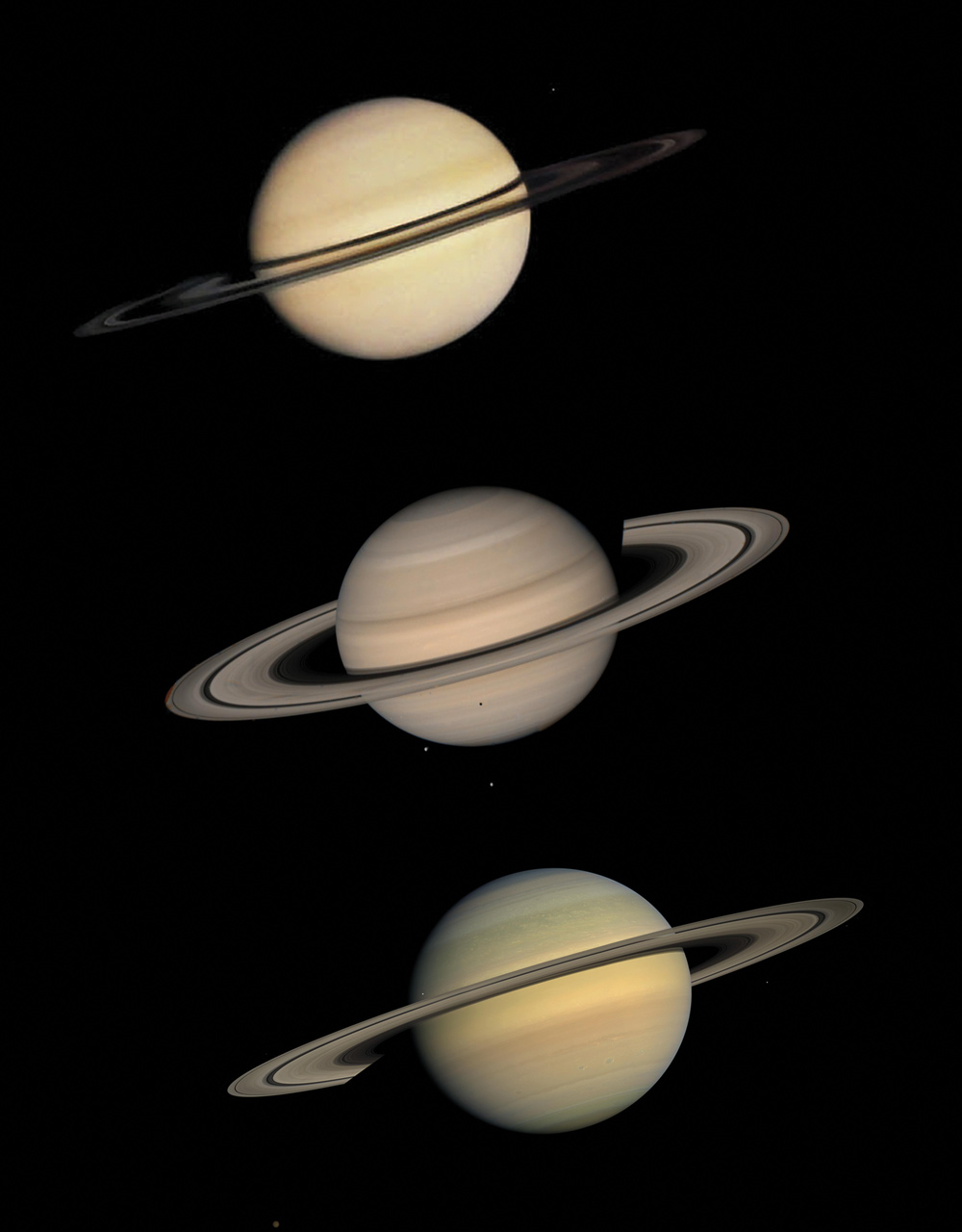 A Pioneering Look at Saturn Pioneer 11, launched in 1973, was the second spacecraft to visit Jupiter (in 1974) and the first spacecraft to fly past Saturn. During that historic encounter thirty-five years ago this week, Pioneer 11 sent back the first close-up images of Saturn, from as near as 21,000 km (13,000 mi) above the planet’s cloud tops. It also studied the solar wind, measured Saturn’s magnetic field, identified two new rings, and discovered an eleventh moon. In 1980 and 1981, Saturn was visited by the more advanced Voyager spacecraft, and in 2004, Cassini became the first spacecraft to enter orbit around Saturn, where it continues to return images and information. Below the Pioneer image of Saturn is a view obtained by Voyager 2 in 1981, and at the bottom is a Cassini image of Saturn taken in 2008.