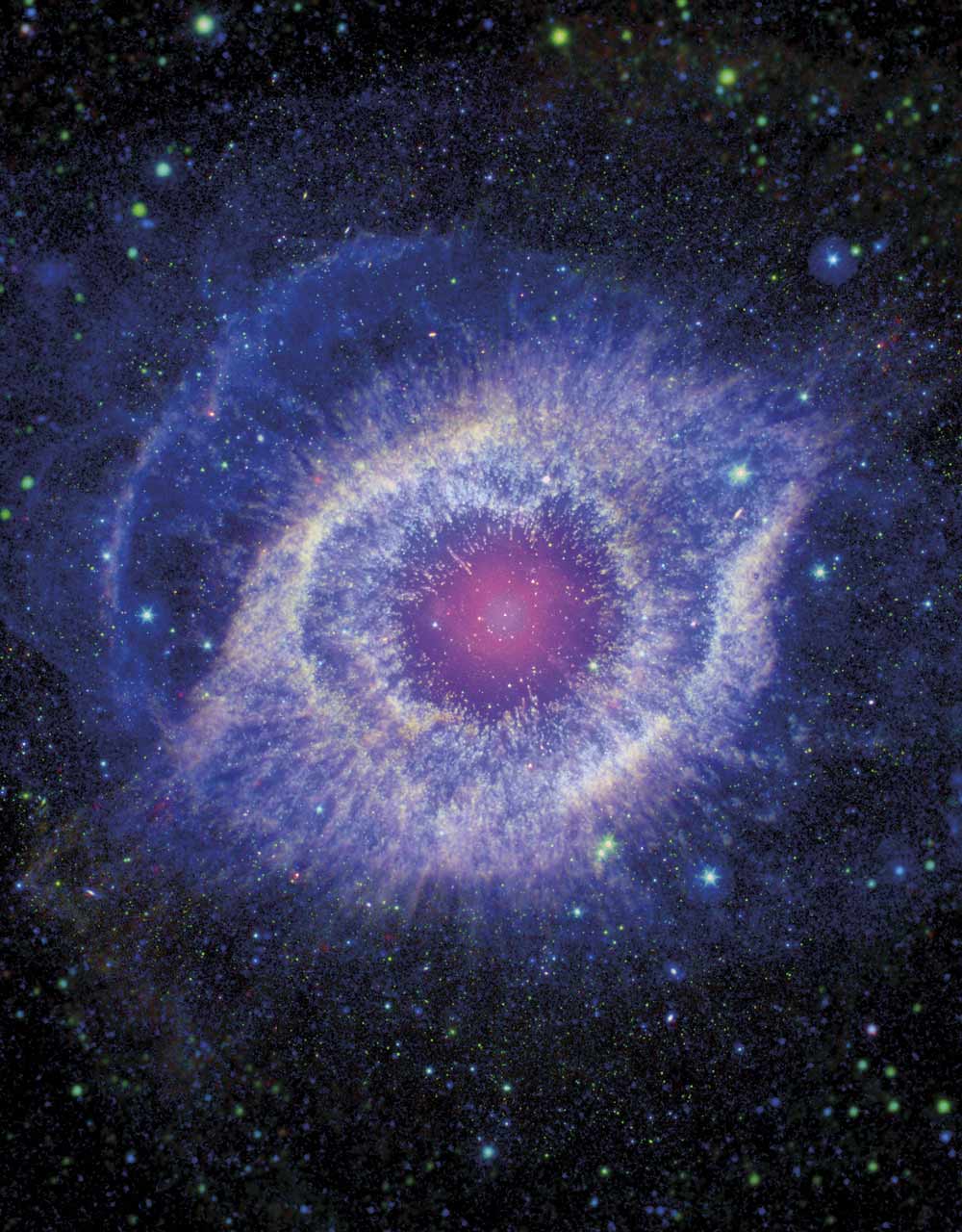 This Nebula Needs a Time Out A dying star is throwing a cosmic tantrum in this combined image from NASA’s Spitzer Space Telescope, Galaxy Evolution Explorer, and Wide-Field Infrared Survey Explorer. This object, called the Helix nebula, lies 650 light-years away in the constellation of Aquarius. The Helix is a planetary nebula, a class of objects erroneously named in the 18th century because of their resemblance to giant gas planets. After exhausting its hydrogen and helium fuel, the original star puffed off its outer gaseous layers and left behind the tiny, hot, dense core, called a white dwarf (the point-like object just visible at center). The intense ultraviolet radiation from the white dwarf is heating up the expelled layers of gas, which shine brightly in the infrared region of the spectrum.