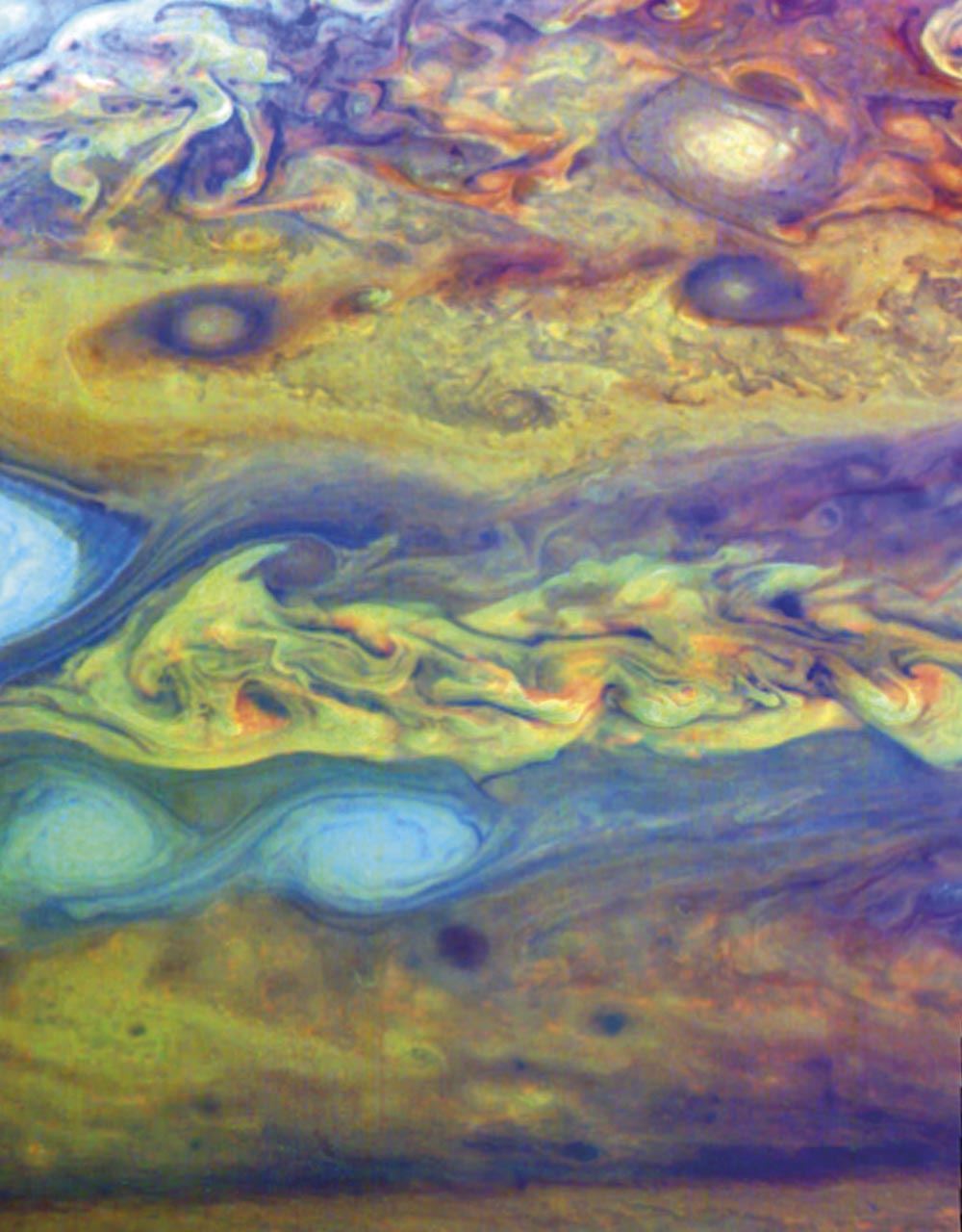 Galileo is Gone Launched in 1989, Galileo traveled the inner solar system for six years to build up speed, swinging past Venus and Earth on its way to Jupiter, and exploring two asteroids along the way. Arriving at Jupiter in 1995, Galileo released a probe into the gas giant’s atmosphere, returning the first “hands-on” measurements of Jupiter. Galileo orbited Jupiter thirty-five times through 2003, shedding new light on its moons, its ring system, and its turbulent, dynamic atmosphere, shown here in false color to exaggerate the composition and altitude of different cloud layers. Its mission completed, Galileo was intentionally “ditched” into Jupiter ten years ago this week to prevent possible biological contamination of Europa, which Galileo showed is likely to harbor sub-surface water oceans and, possibly, life.