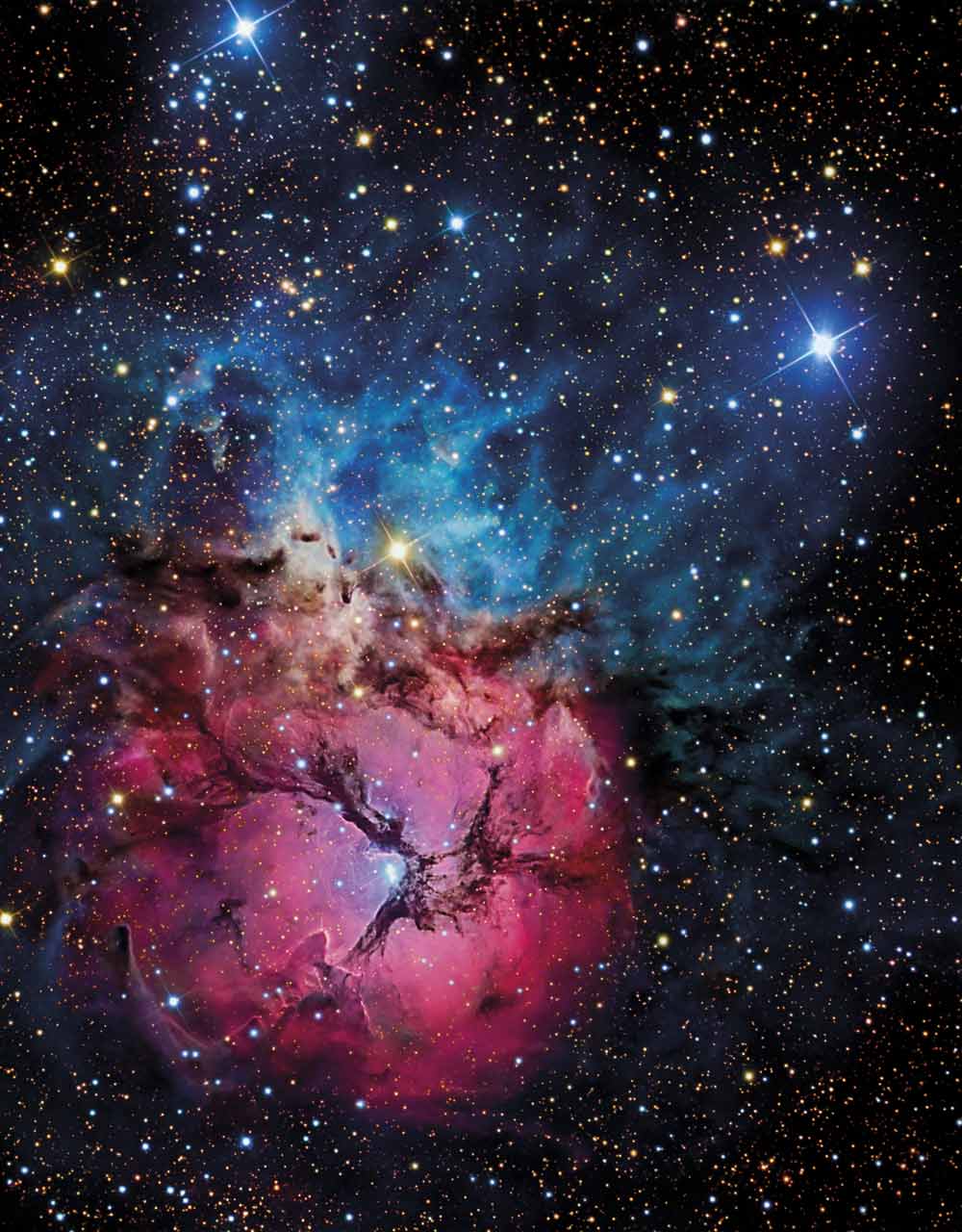 Blue Skies and Neon Signs The Trifid Nebula, located in the constellation Sagittarius, is a great example of two of the most common types of nebulae: emission and reflection. The red area, trisected by dust lanes that give the nebula its name, is an emission nebula, which glows because of the cluster of hot young stars at its core. Their intense ultraviolet light ionizes nearby hydrogen gas, which recombines and emits the red light characteristic of ionized hydrogen. A similar ionization process occurs in glowing neon signs. Further away from the star cluster, another cloud of dust and gas is too distant to be ionized by the radiation, but shines instead because the light of the nearby stars is reflected and scattered by the gas and dust in the nebula, similar to the way sunlight scattered by our atmosphere creates blue skies.