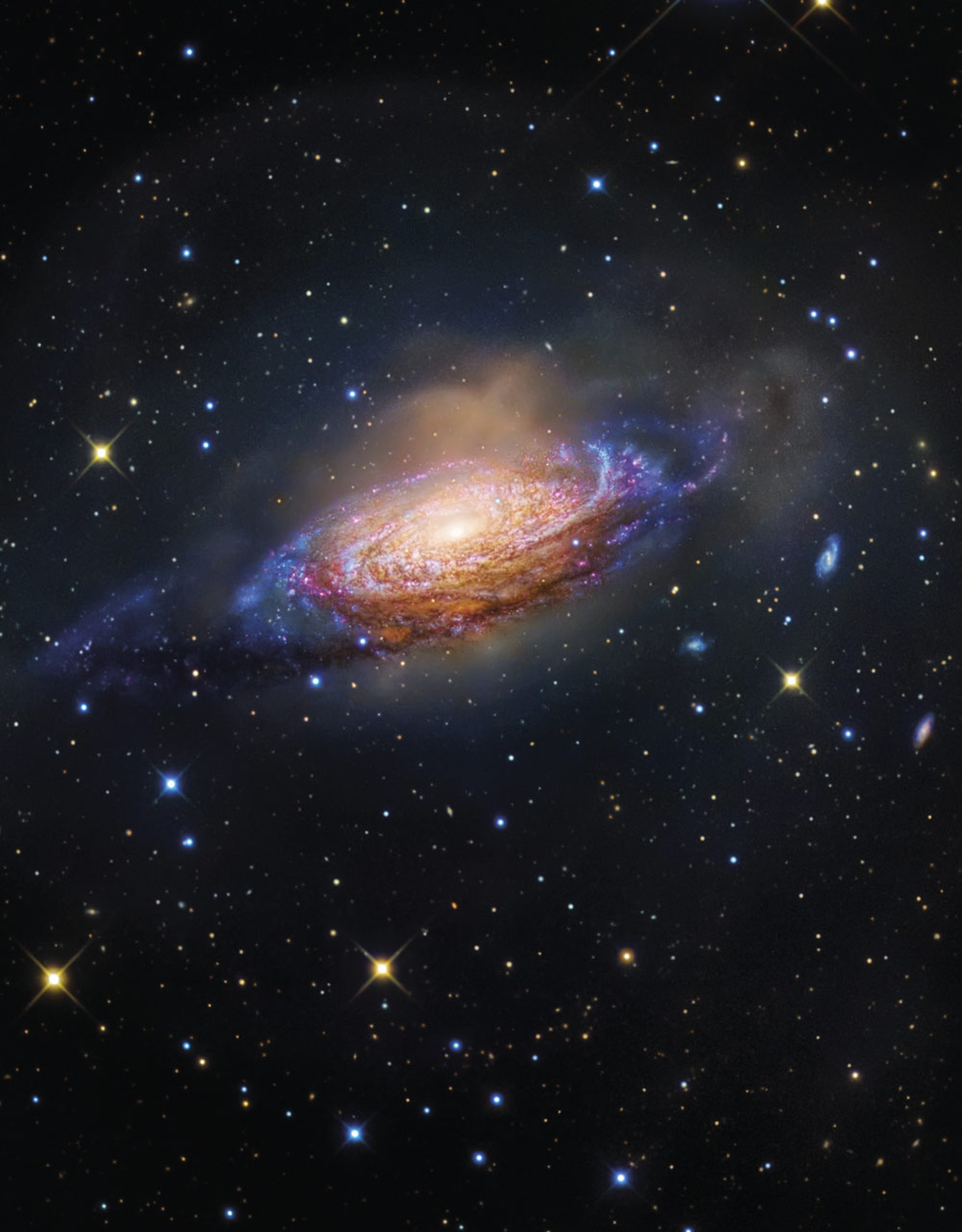 Galactic Bubble Tells All A popular cosmological theory states that galaxies develop through a process in which small galaxies continually merge with larger galaxies. The cumulative effect of these mergers would explain the existence of massive galaxies, but the process should leave behind clues that point to these ancient interactions. Working with a professional astronomer, a small group of amateur astronomers, including R. Jay GaBany, conducted extreme long-exposure imaging (in excess of eight hours) of nearby galaxies and found compelling evidence of previously unrecognized large-scale stellar streams surrounding the galaxies. These “bubbles” of matter, such as the one seen in this image of NGC 3521, are believed to be multiple debris shells from previous mergers with one or more satellite galaxies.