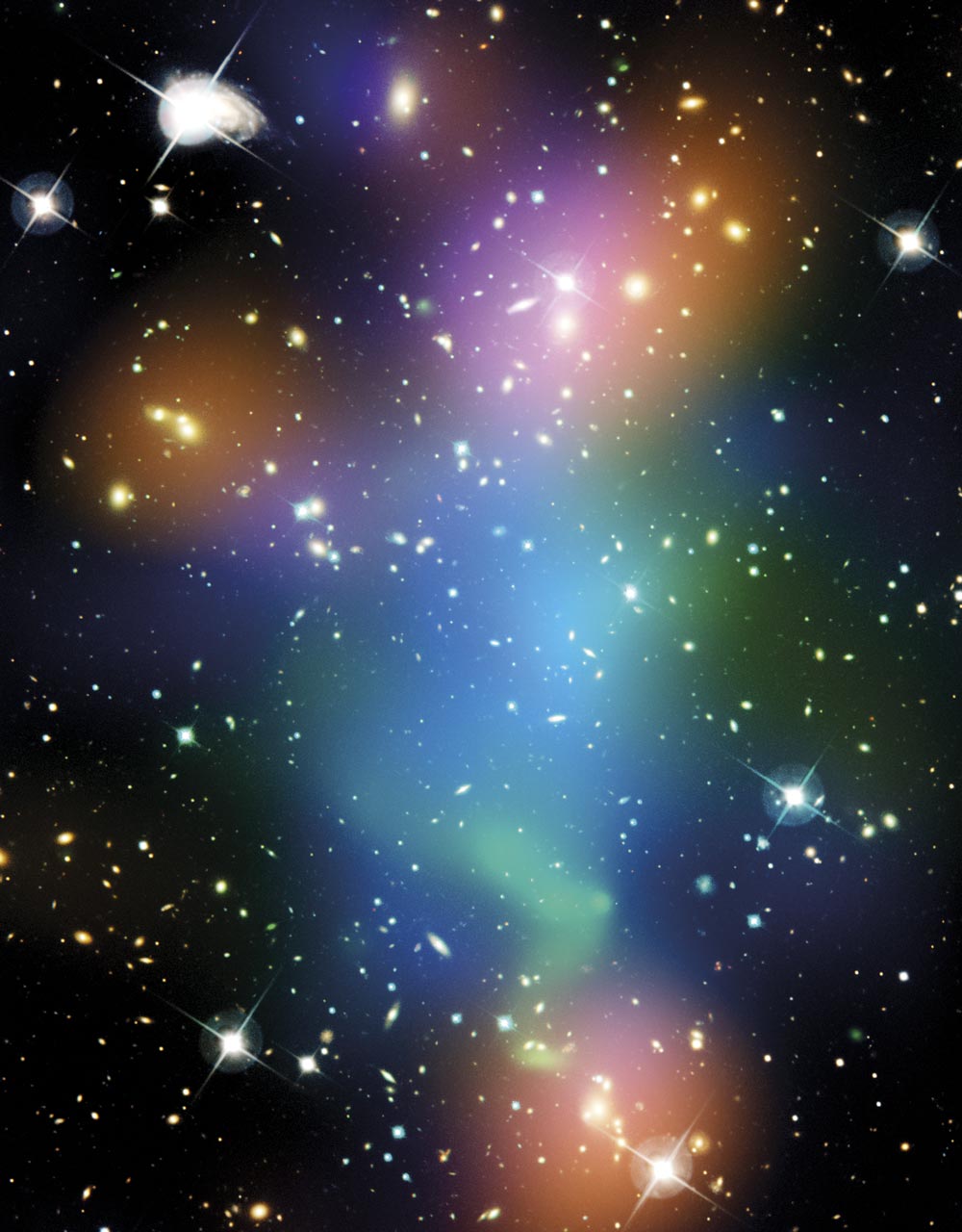 What’s the Matter with Dark Matter? Dark matter—the invisible substance that accounts for the majority of mass in the universe—can only be detected indirectly, by the gravitational effect it has on nearby objects. It acts as a sort of galactic glue, making spiral galaxies, for example, rotate as if they were solid disks rather than collections of individual stars orbiting at different speeds. (This is, in fact, how dark matter was discovered in the 1970s.) But astronomers recently discovered that the merging galaxy cluster Abell 520, 2.4 billion light-years away, has a core of dark matter and hot gas (blue and green) that should be attracting more of the nearby galaxies than it actually is. This discovery challenges theories that say dark matter should be anchoring these galaxies, preventing them from roaming away.