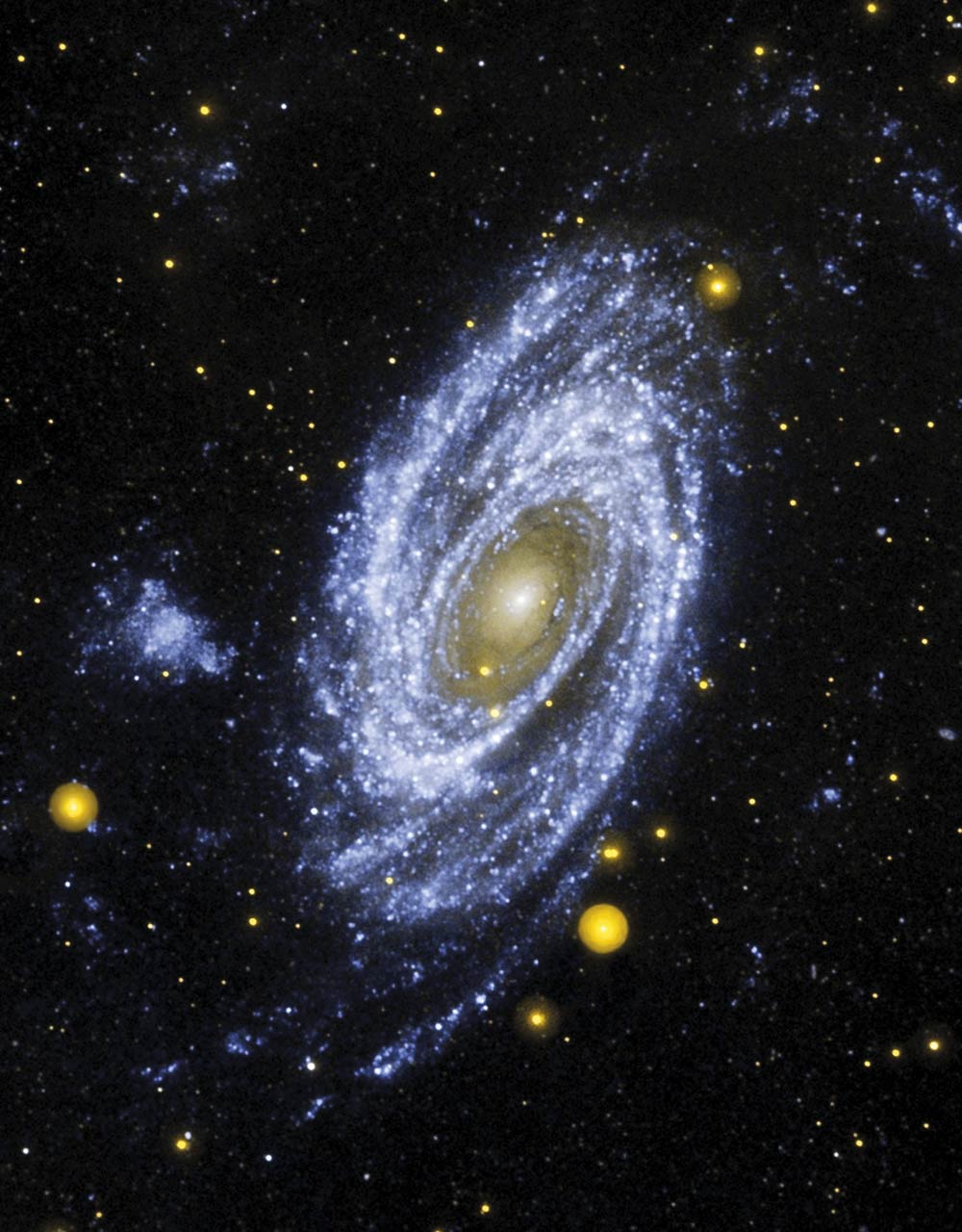 Galaxy by GALEX Ten years ago this week, the Galaxy Evolution Explorer (GALEX) ultraviolet space telescope was launched into orbit aboard a Pegasus rocket, which was carried aloft under the belly of a modified L-1011 airliner. After reaching 12,192 meters (40,000 feet), the Pegasus detached, fired its engine, and four minutes later GALEX was in orbit. GALEX measures the history of star formation in the universe, going back as far as ten billion years. One objective is to observe hundreds of thousands of galaxies and determine how far away each galaxy is from Earth and how fast stars are forming in each galaxy. In this GALEX image of galaxy M81, hot young stars appear as bluish-white wisps swirling around the galaxy’s core. The golden glow at M81’s center comes from a population of older stars.