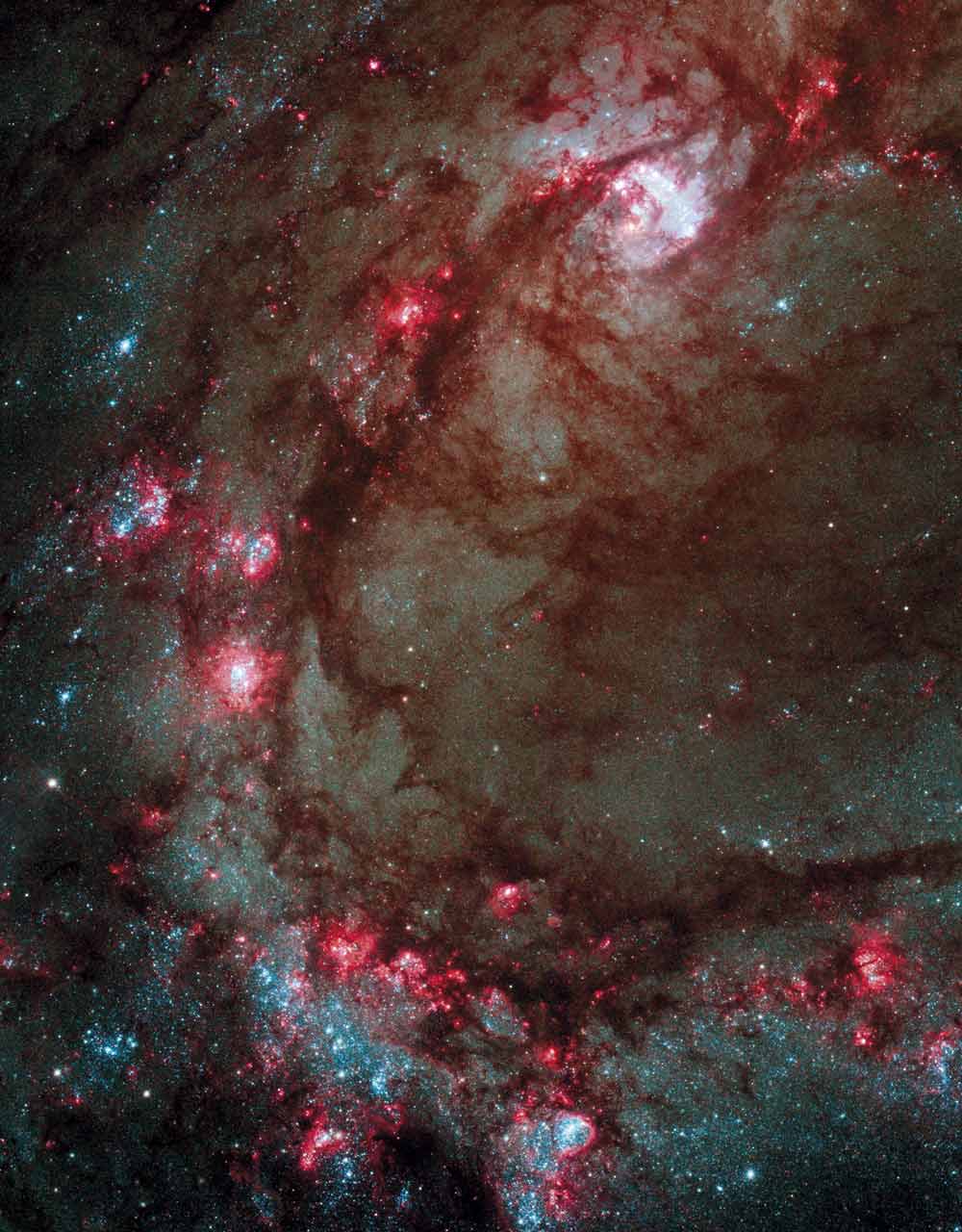 Babes in Arms The Hubble Space Telescope has been a cutting-edge instrument since 1990 because of periodic servicing by shuttle astronauts who repaired Hubble’s faults and upgraded its instruments. In 2009, Hubble received the Wide Field Camera 3, a high-quality optical and near-infrared imager. This WFC3 image of a portion of the Southern Pinwheel Galaxy (M83) shows dark dust lanes curving out from the nucleus (top) to form a spiral arm. Along the edges of the lanes, clusters of newborn stars, only a few million years old, are bursting out of their dusty cocoons and producing bubbles of reddish glowing hydrogen gas. Radiation from these fledgling stars blows away surrounding gas, revealing the bright blue stars within. Older stars, not nearly so blue, appear throughout the scene.