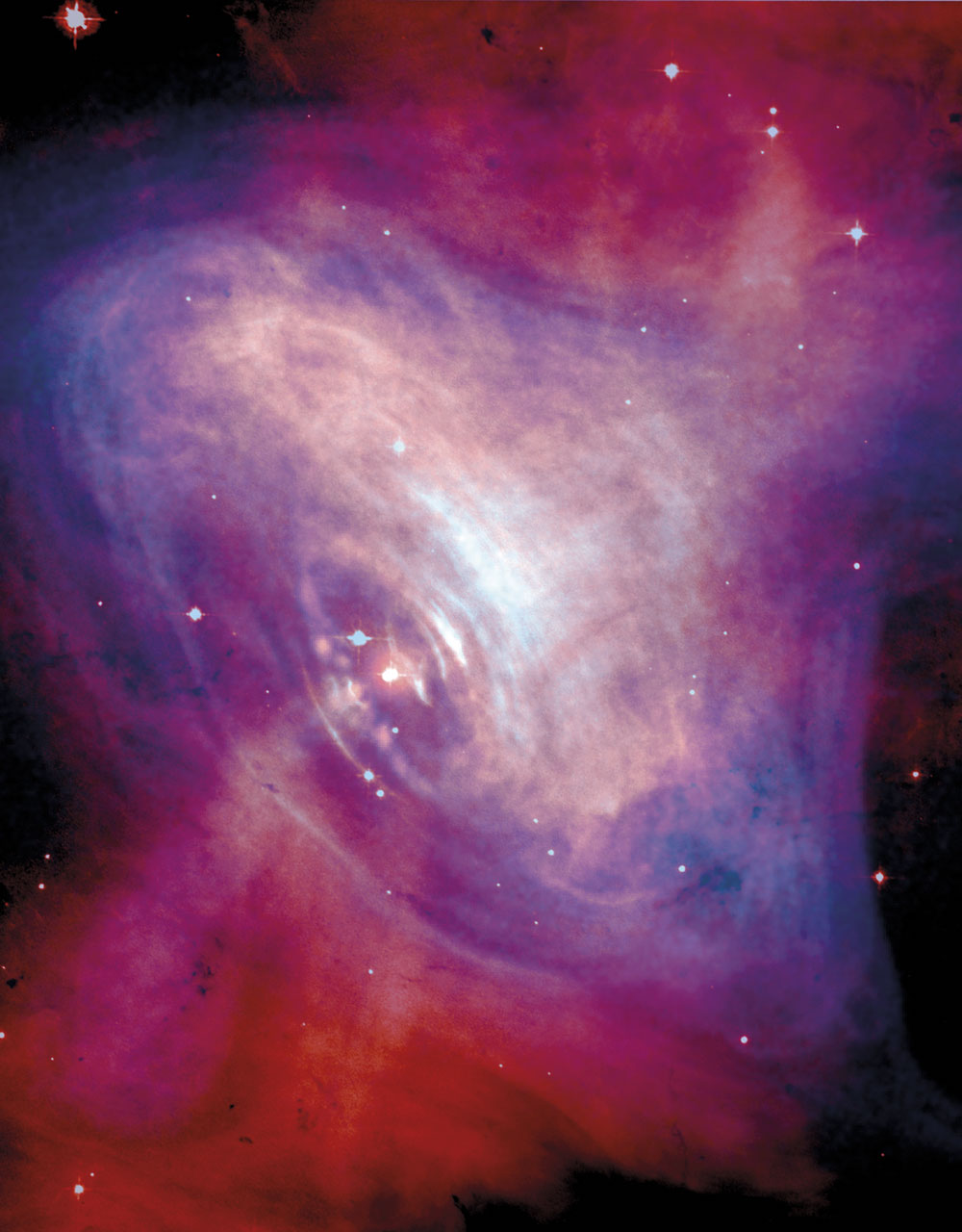 Cosmic Flasher Bares All A bizarre space object burst onto the scene forty-five years ago this week with the announcement of the discovery of the first pulsar. The Crab Pulsar, discovered by Jocelyn Bell, a graduate student at Cambridge University, is a rapidly-rotating neutron star, the collapsed core of an exploded star. The Crab Pulsar is the size of Manhattan Island, but it contains more mass than our Sun. As it rotates at a rate of thirty times per second, the pulsar’s powerful magnetic field sweeps around like a lighthouse beacon, accelerating particles and whipping them out into the surrounding nebula at close to the speed of light. This composite image of the nebula surrounding the pulsar combines X-ray data from the Chandra X-Ray Observatory (blue) and optical data from the Hubble Space Telescope (red).