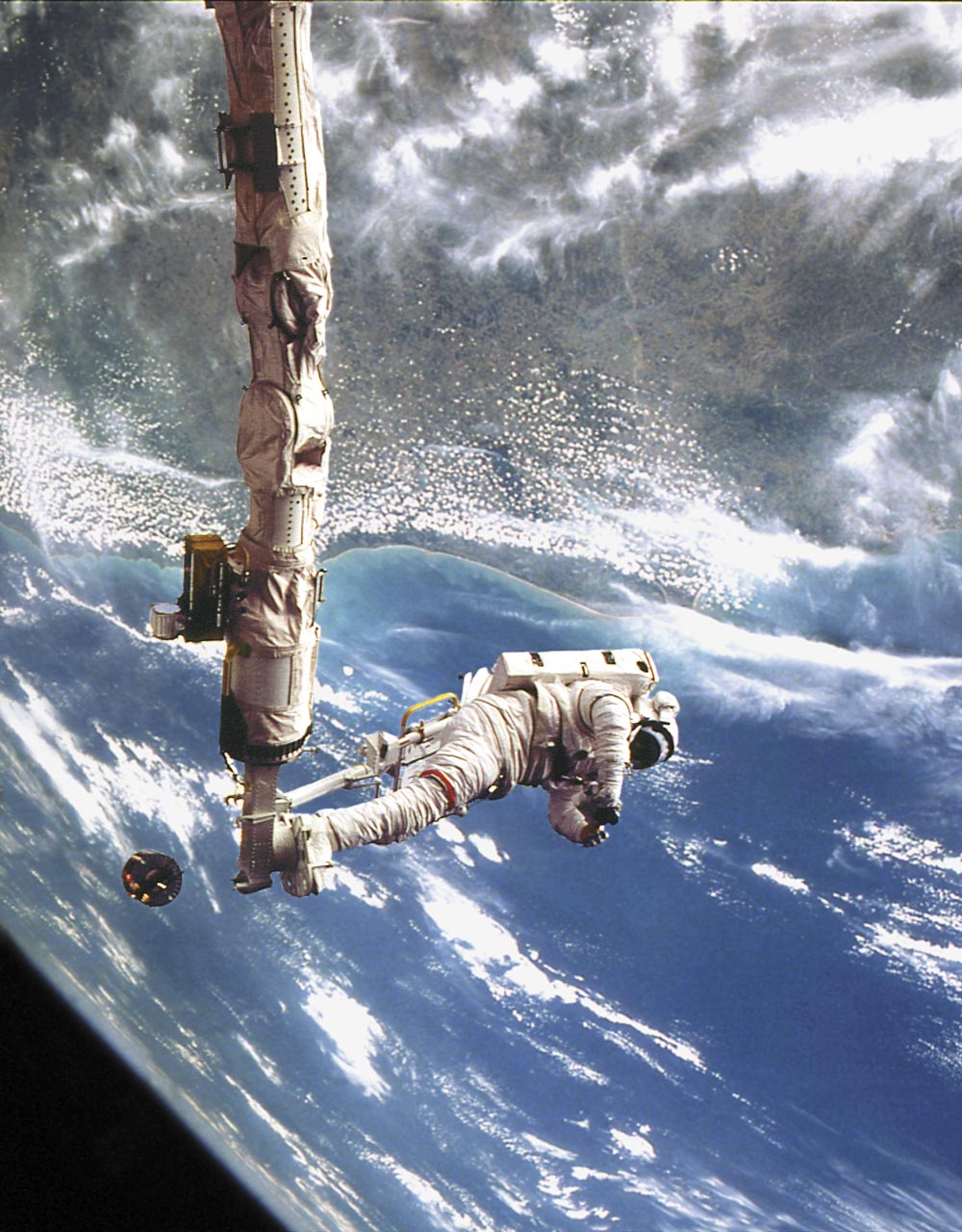 Mister Fix-It   Space Shuttle mission STS-51I, which was launched 35 years ago this week, will go down in the history books as the first mission to retrieve, repair, and relaunch a satellite in orbit. During their week in space, the crew of five astronauts on the shuttle Discovery deployed three new satellites (Aussat 1, ASC 1, and Leasat 4), and then chased down the non-functioning Leasat 3 satellite.  After two successful space walks, which included some rewiring of the satellite, Leasat 3 was redeployed and eventually went on to fulfill its mission as a communications satellite for the Navy. At the end of the second spacewalk, astronaut James “Ox” van Hoften is seen here relaxing on the end of the shuttle’s robot arm after releasing the newly repaired Leasat 3, which can be seen in the distance.