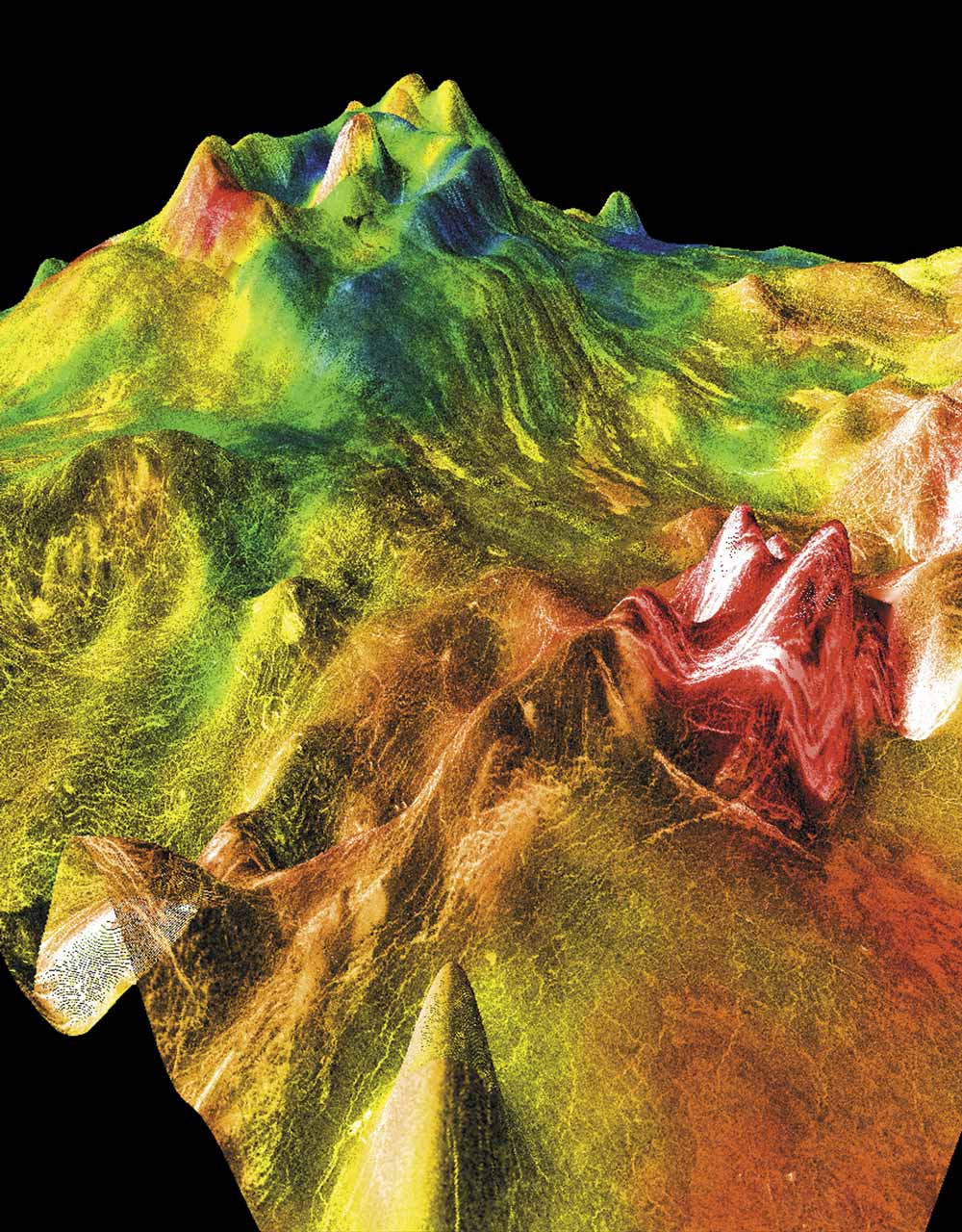 I’m Your Venus  The Magellan spacecraft singled itself out from the moment it was launched by being the first planetary probe ever deployed from a space shuttle. It was also the first U.S. mission dedicated to studying the surface of Venus using hi-resolution cloud-penetrating synthetic aperture radar (SAR).  Thirty years ago this week, Magellan went into orbit around Venus to begin a four-year mapping mission. This view of Venus, generated by computer from Magellan SAR data and color-coded with emissivity data, shows part of the lowlands to the north of Ovda Regio. The prominent topographic feature is a shield volcano, one of many distinct types of volcanic features on Venus. Lava flows can be seen on the volcano’s right side. Vertical heights are exaggerated one hundred times to enhance detail.