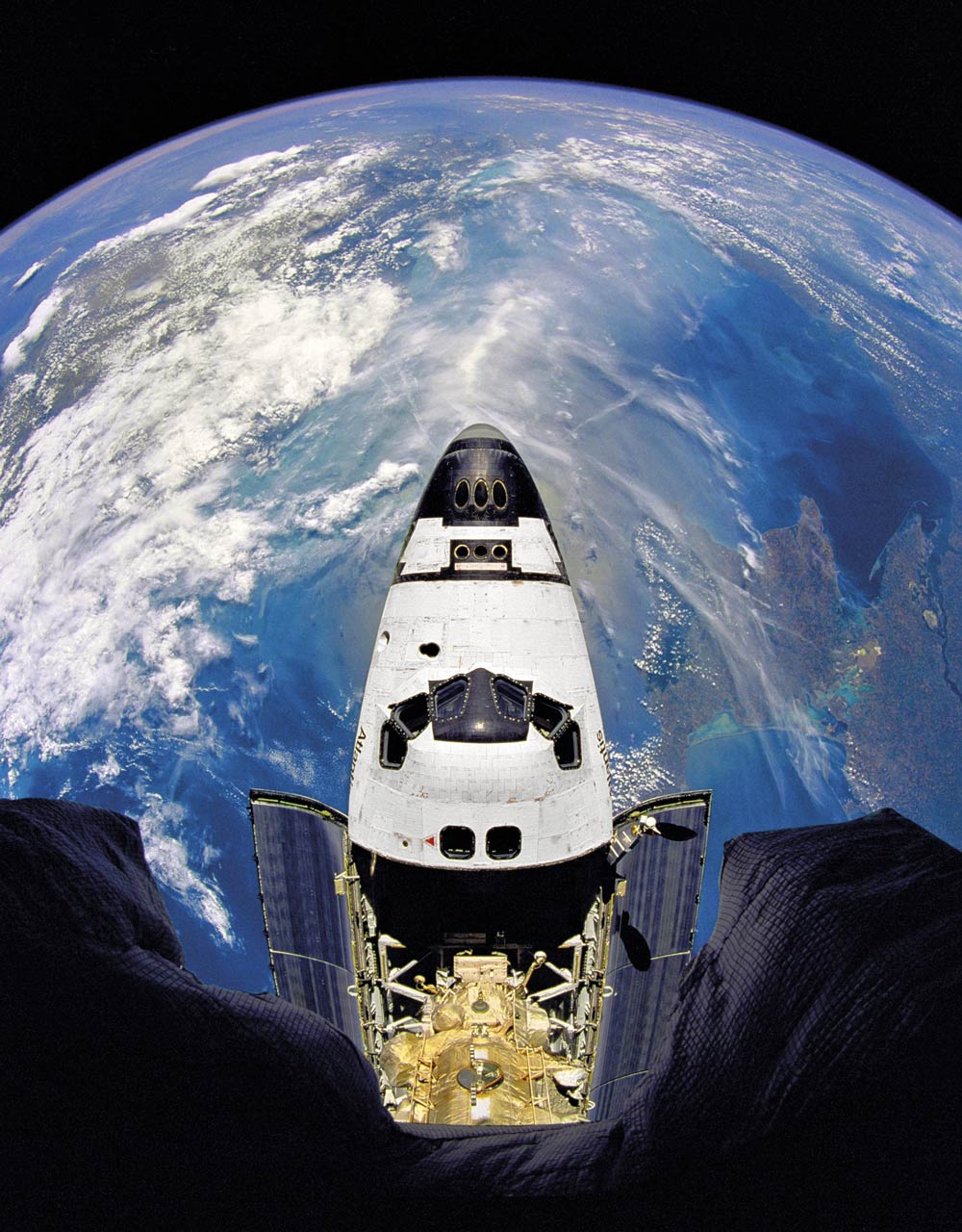 Another Handshake in Space  In 1994, the United States and Russia began a series of joint missions known as Shuttle-Mir. The project began with a Russian cosmonaut, Sergei Krikalev, flying on a shuttle mission, but it progressed to regular shuttle dockings and crew exchanges with the Mir space station. The first Shuttle-Mir docking mission began 25 years ago this week. Three days after the launch of the STS-71 mission, the space shuttle Atlantis docked with Mir. Atlantis (seen here from a viewing port on Mir) brought home three Mir veterans who had been on board for over three months, and dropped off two cosmonauts to take their place. The historic STS-71 mission came almost exactly 20 years after the first U.S.-Soviet docking in space, the Apollo-Soyuz Test Project, which took place in July 1975.