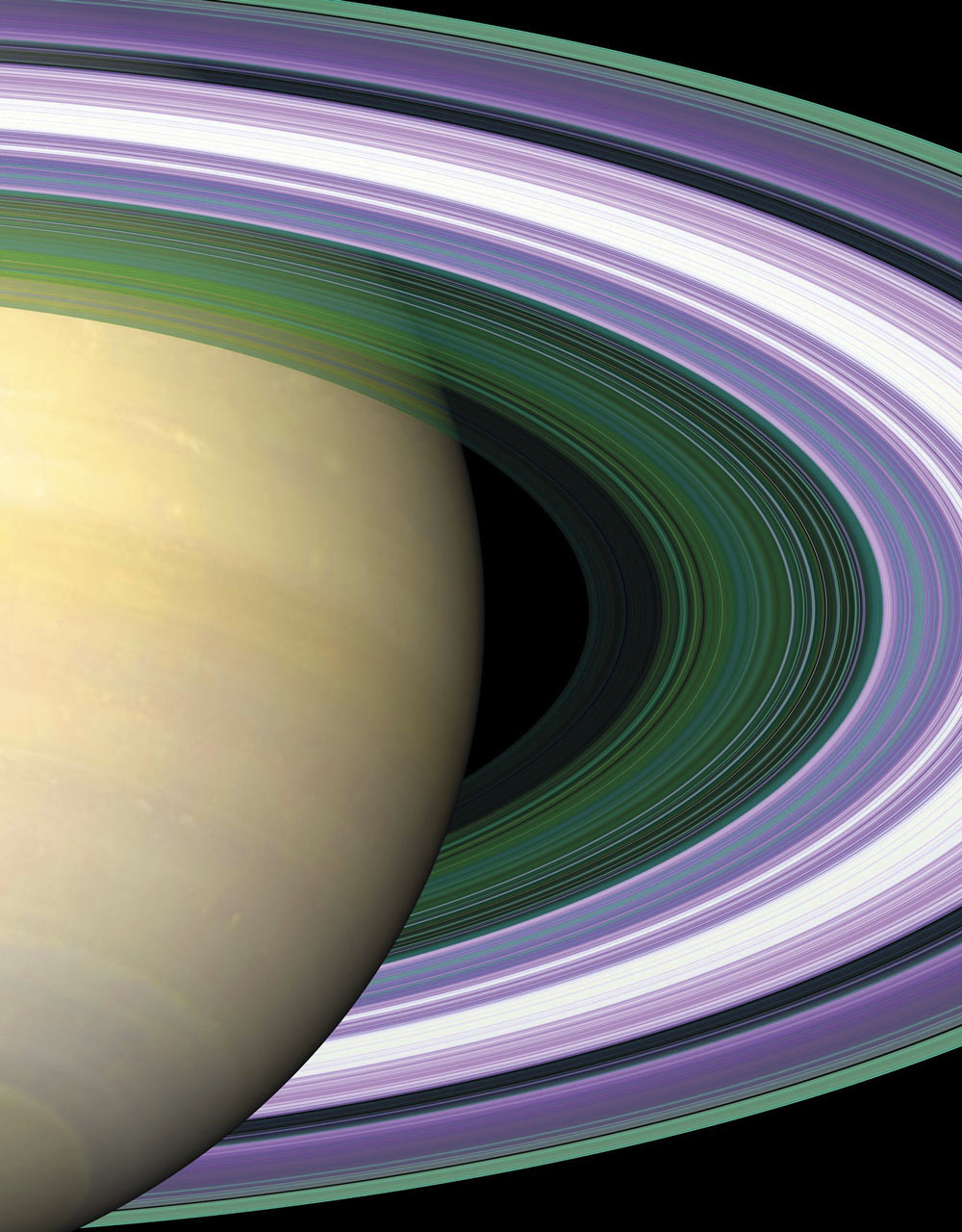 Radio Rings   In 2005, the Saturn-orbiting Cassini spacecraft sent a series of radio signals through Saturn’s rings toward Earth. Ring particles of different sizes distorted the signals in distinct ways, allowing a high-resolution profile to be created of the distribution of matter within the rings. Italian astronomer Giovanni Cassini, born 395 years ago this week, was the first person to spot a division within Saturn’s rings. In this image, taken by the spacecraft that bears his name, the Cassini Division is the largest single “gap” in the rings, about two-thirds of the way from the innermost ring to the outer edge.  Although it appears to be empty space when seen from Earth, the “gap” quickly resolves into a region filled with an astonishing number of ringlets when viewed from the proper angle by visiting spacecraft.