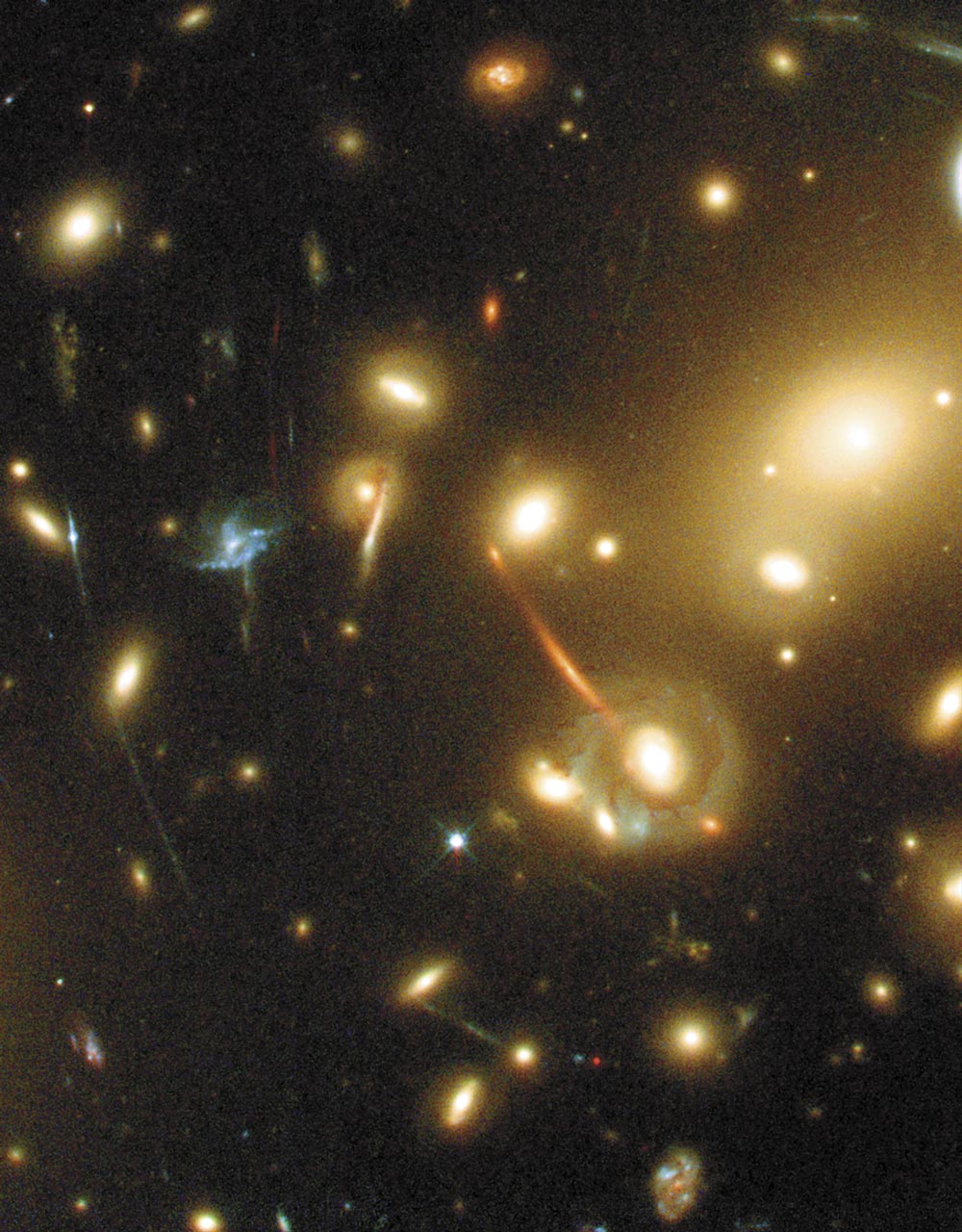 The Great Debate  The “Great Debate” about the size of the universe took place 100 years ago this week. Lick Observatory’s Heber Curtis argued that the universe is composed of many “spiral nebulae” (galaxies) like our own. Mount Wilson Observatory’s Harlow Shapley contended that spiral nebulae were nearby gas clouds, and there was only one galaxy in our universe. Curtis put the Sun near the center of our small galaxy, but Shapley placed it far from the center of a large universe/galaxy.  Shapley turned out to be more correct regarding the size of the universe, although he grossly underestimated its size, and Curtis was right about our galaxy being just one of many in the universe. In this Hubble image, light from galaxies billions of light-years away is distorted by the gravity of a cluster of closer galaxies.

Uranus in conjunction with Sun
Vesta 0.1° south of Moon
Venus 6° north of Moon