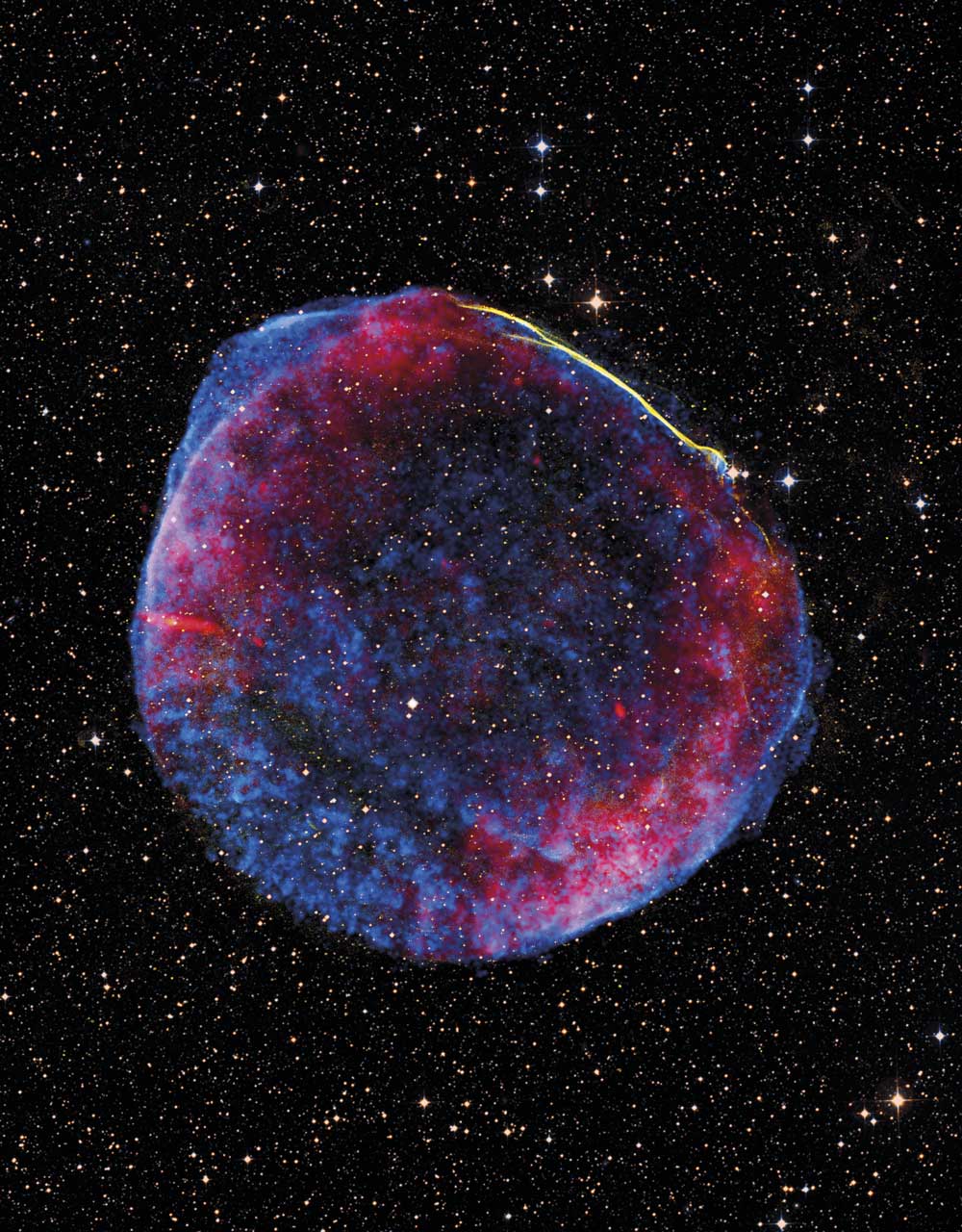 Liberating Star Stuff  Just over a thousand years ago, the stellar explosion known as supernova SN 1006 was observed and documented in China, Japan, Europe, and the Arab world. It was brighter than Venus—the brightest supernova ever recorded on Earth—and was visible during the day for weeks. Recent observations of the remnant of SN 1006 reveal the liberation of elements such as iron that were previously locked up inside the star. Because no material falls back into a neutron star or black hole after this type of supernova explosion, the material has been released into the cosmos for good. This is a composite image of the SN 1006 supernova remnant, which is located about 7,000 light years from Earth. The data is from X-ray (blue), optical (yellow, orange, and light blue), and radio (red) telescopes.