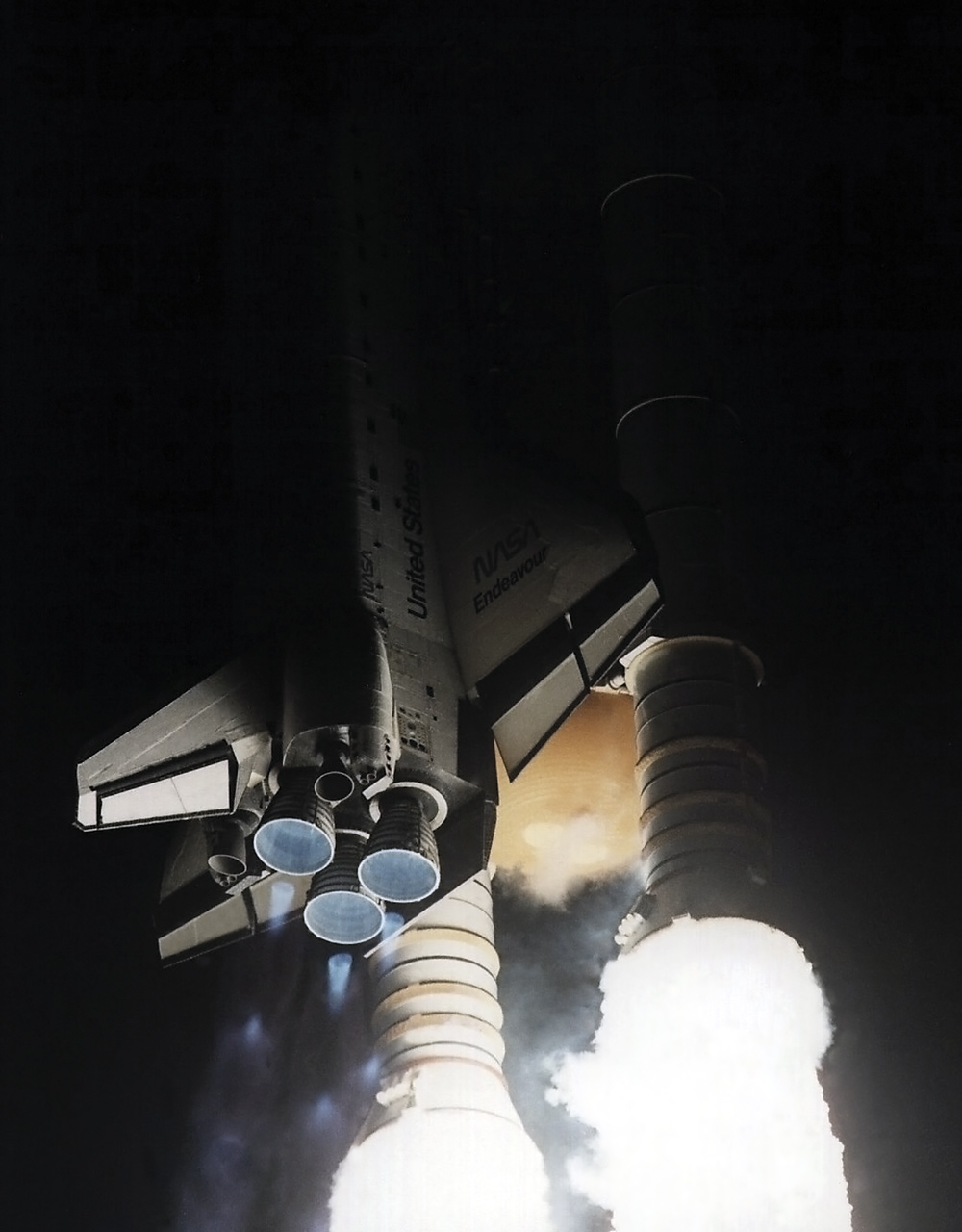 Ultraviolet Explorations  Seen here during a dramatic night launch that occurred 25 years ago this week, the space shuttle Endeavour embarks on a lengthy mission of astronomical investigation. STS-67 spent nearly 17 days in orbit, during which time the crew conducted astronomical observations in the ultraviolet region of the spectrum using the Astro-2 payload. Astro-2 consisted of three different instruments that made observations of hundreds of stars, nebulae, supernova remnants, galaxies, solar system objects, and extragalactic objects. Astro-2 complemented the work of the Astro-1 payload, which was flown on the STS-35 mission in December 1990. Because most ultraviolet radiation is absorbed by Earth’s ozone layer, space-based telescopes are the most effective instruments to study it.