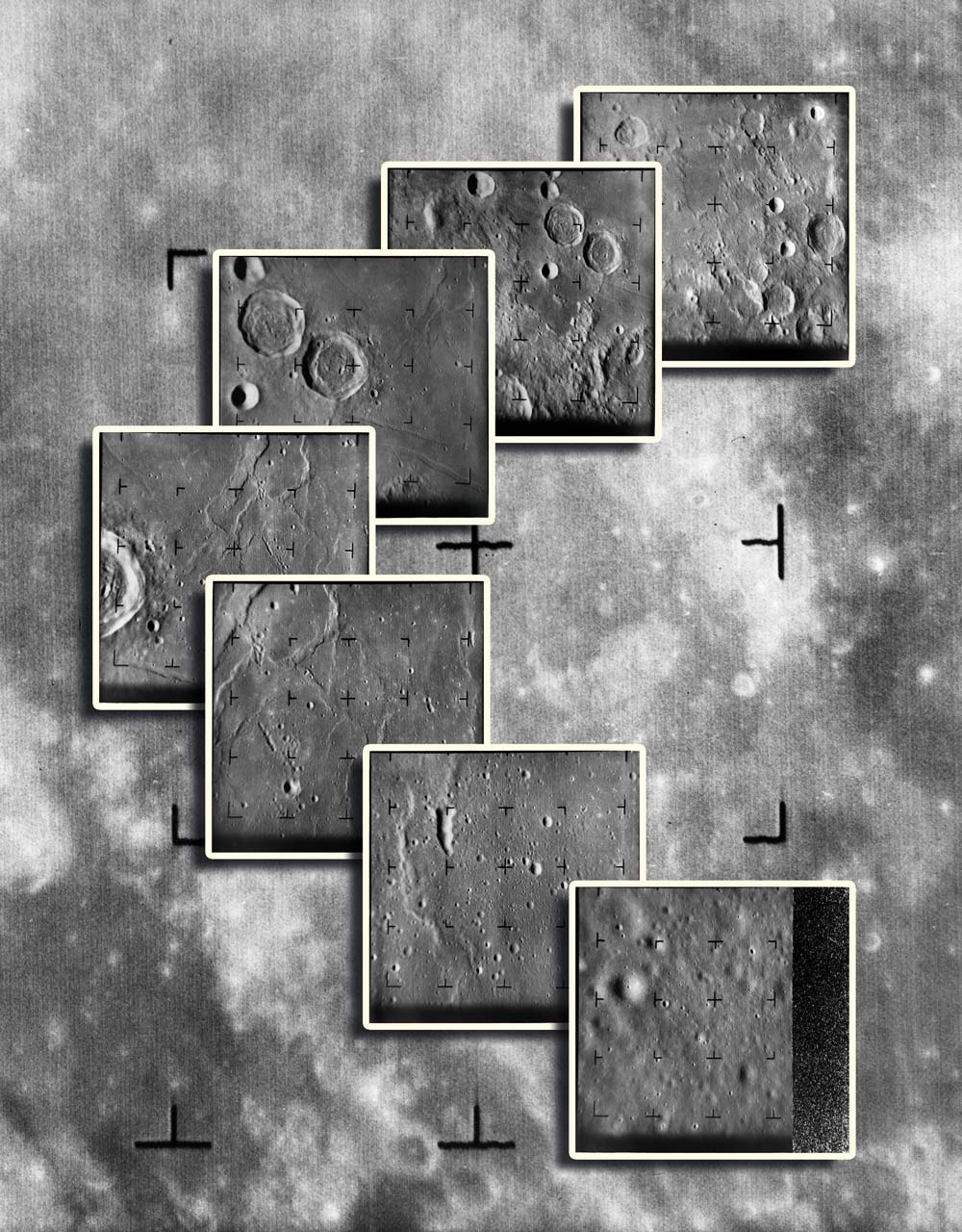 Ranger Drops In  The mid-1960s Ranger program sent a series of spacecraft speeding toward the surface of the Moon, returning increasingly detailed images of potential Apollo landing sites until the moment of impact. Ranger 7 completed this first successful reconnaissance nose-dive, and Ranger 8 followed suit 55 years ago this week. After spending 65 hours traveling to the Moon, Ranger 8 turned on its cameras when it was 2,500 km (1,560 mi) from the Moon and radioed back over 7,000 images in the next 23 minutes. Its first image is shown in the background above, overlaid by seven images from closer distances (top to bottom), ending with the final image, obtained from an altitude of just 3.6 km (2.2 mi). The complete transmission of the final image was interrupted when Ranger 8 impacted the Moon.