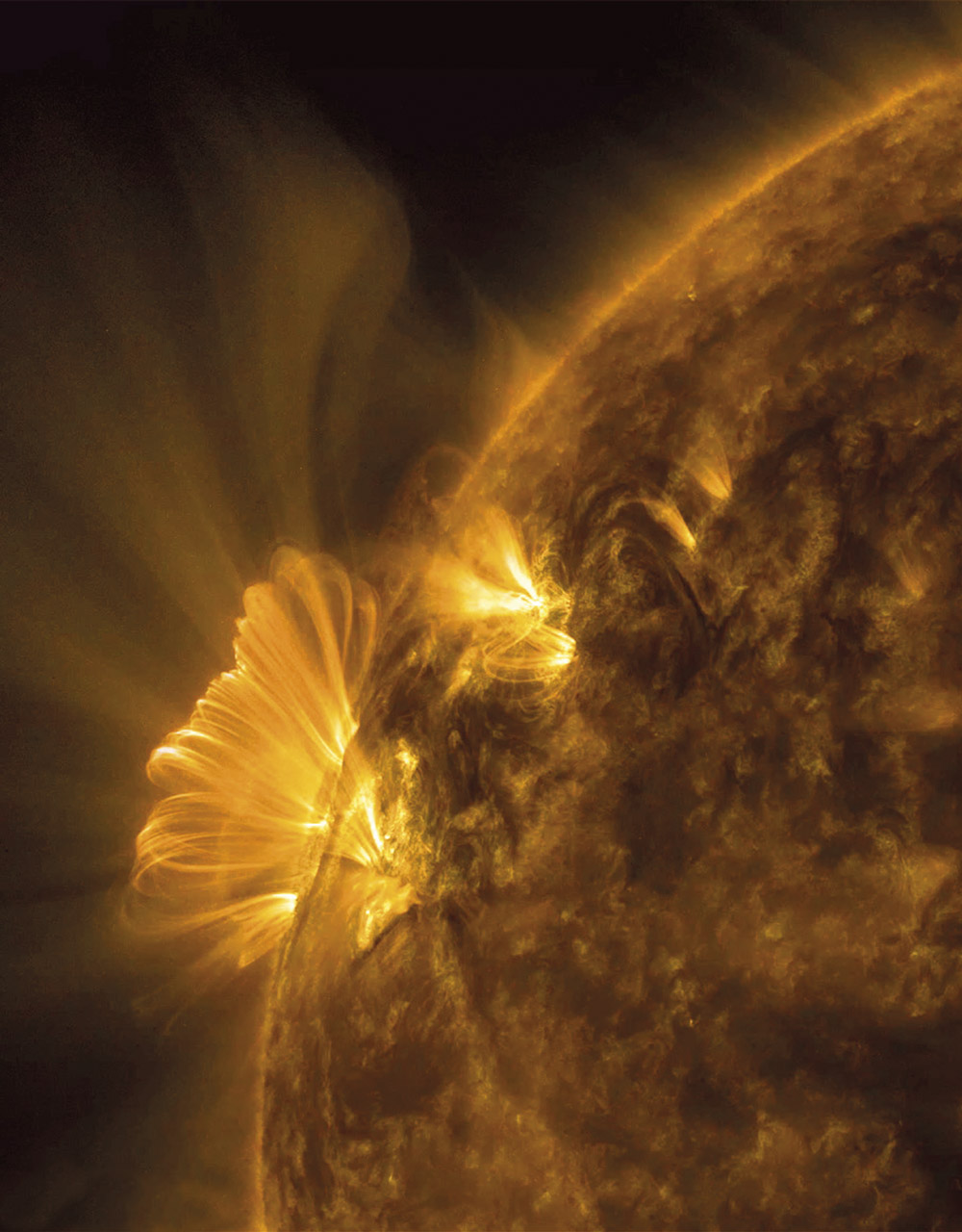 Dynamic Decade  Launched ten years ago this week, the Solar Dynamics Observatory is part of a NASA program designed to understand the causes of solar variability and its impacts on Earth. SDO is helping us understand the Sun’s influence on Earth and near-Earth space by studying the solar atmosphere on small scales of space and time and in many wavelengths simultaneously. Scientists are learning how the Sun’s magnetic field is generated and structured, and how this stored magnetic energy is converted and released into the heliosphere and geospace in the form of solar wind, energetic particles, and variations in the solar irradiance. Seen here is a group of post-coronal loops, charged particles that are spinning along the magnetic field lines following a coronal mass ejection event in 2017.