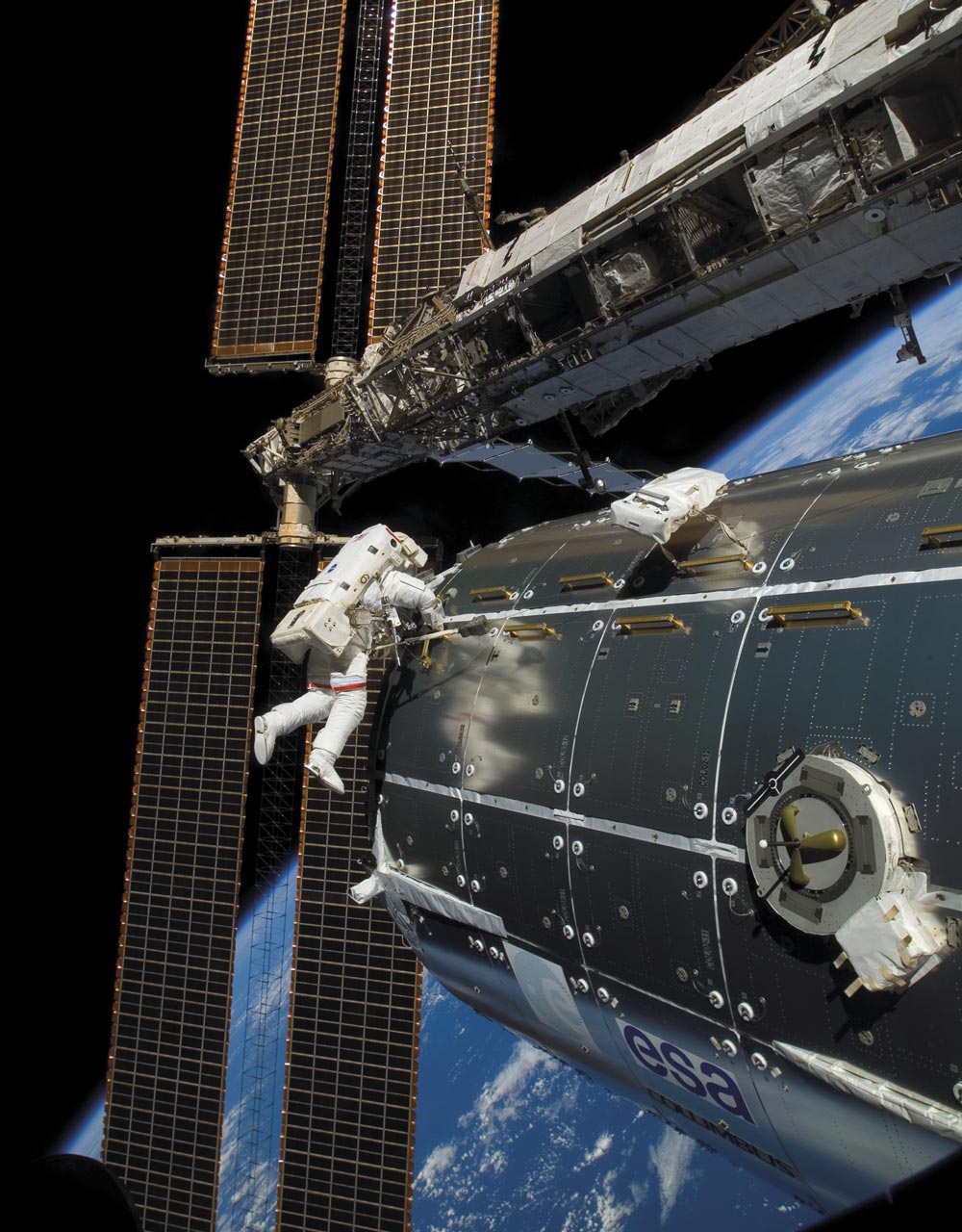 Enduring Partnership  In the mid-1980s, the United States sought international partners to help with the mammoth undertaking of a proposed space station named Freedom, which was considered the “next logical step” after the space shuttle program. Thirty-five years ago this week, the European Space Agency approved the ambitious Columbus program, which would have contributed a module to Freedom and ultimately led to a full-fledged European space station. Economic constraints forced both Freedom and Columbus to be downsized, but the partnership endured and now the Columbus laboratory has become ESA’s main contribution to the International Space Station. In this image, astronaut Rex Walheim installs handrails outside the newly-delivered Columbus laboratory in February 2008.