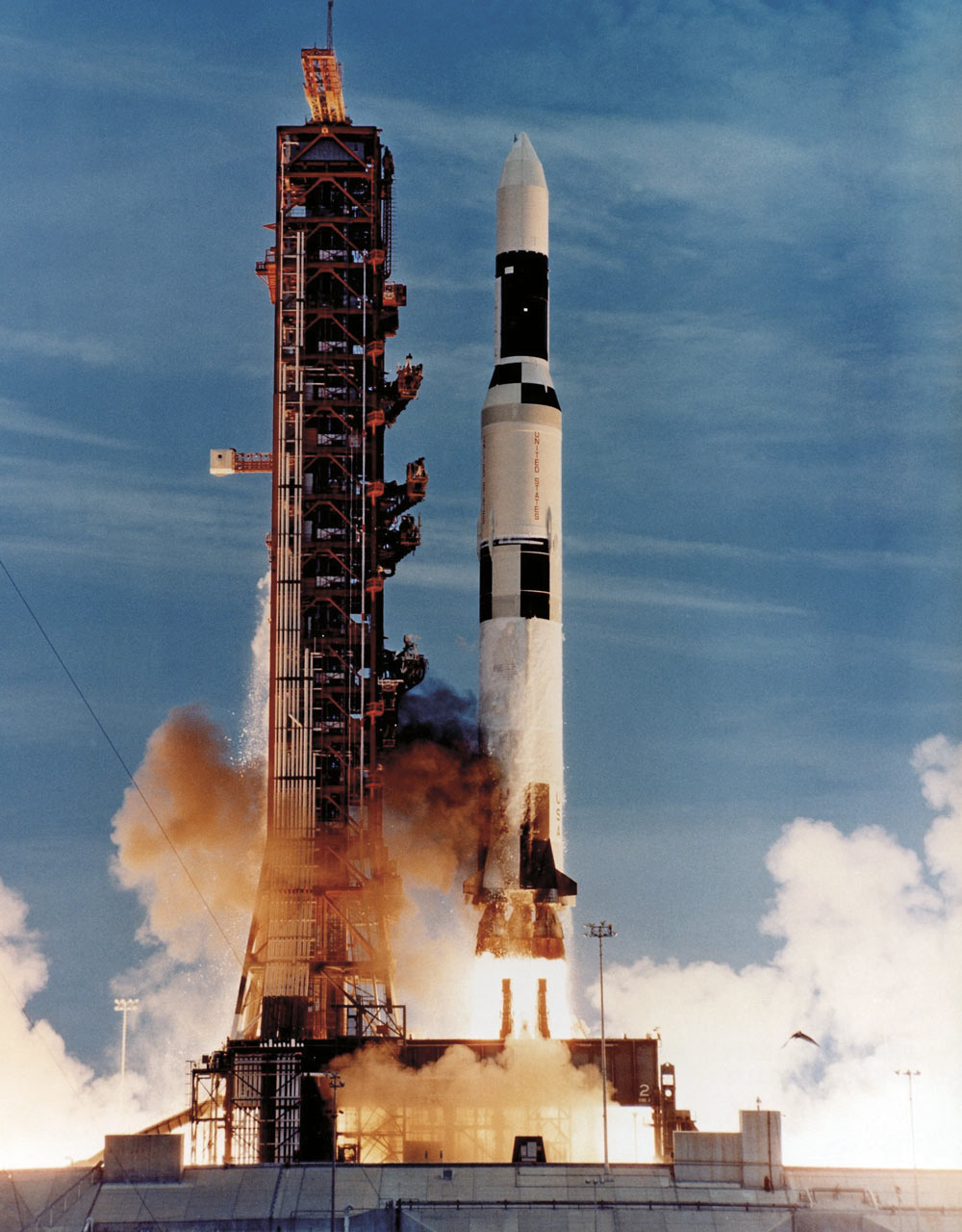 Saturn V Shuffle  Just weeks after the second lunar landing mission was completed, NASA administrators cited budget constraints as the reason they were shuffling their remaining inventory of Saturn V Moon rockets. That announcement, 50 years ago this week, included a plan whereby one of the eight remaining Moon rockets would be reassigned to carry the Skylab space station into orbit, leaving seven rockets for future Apollo missions (numbers 13 through 19). The Skylab launch was to have occurred after four lunar missions; the final three lunar landings would occur after the Skylab program ended. But further NASA budget cuts resulted in more mission cancellations and reshuffling, and the last Saturn V to fly was the one that lofted Skylab, shown here just after liftoff on May 14, 1973.