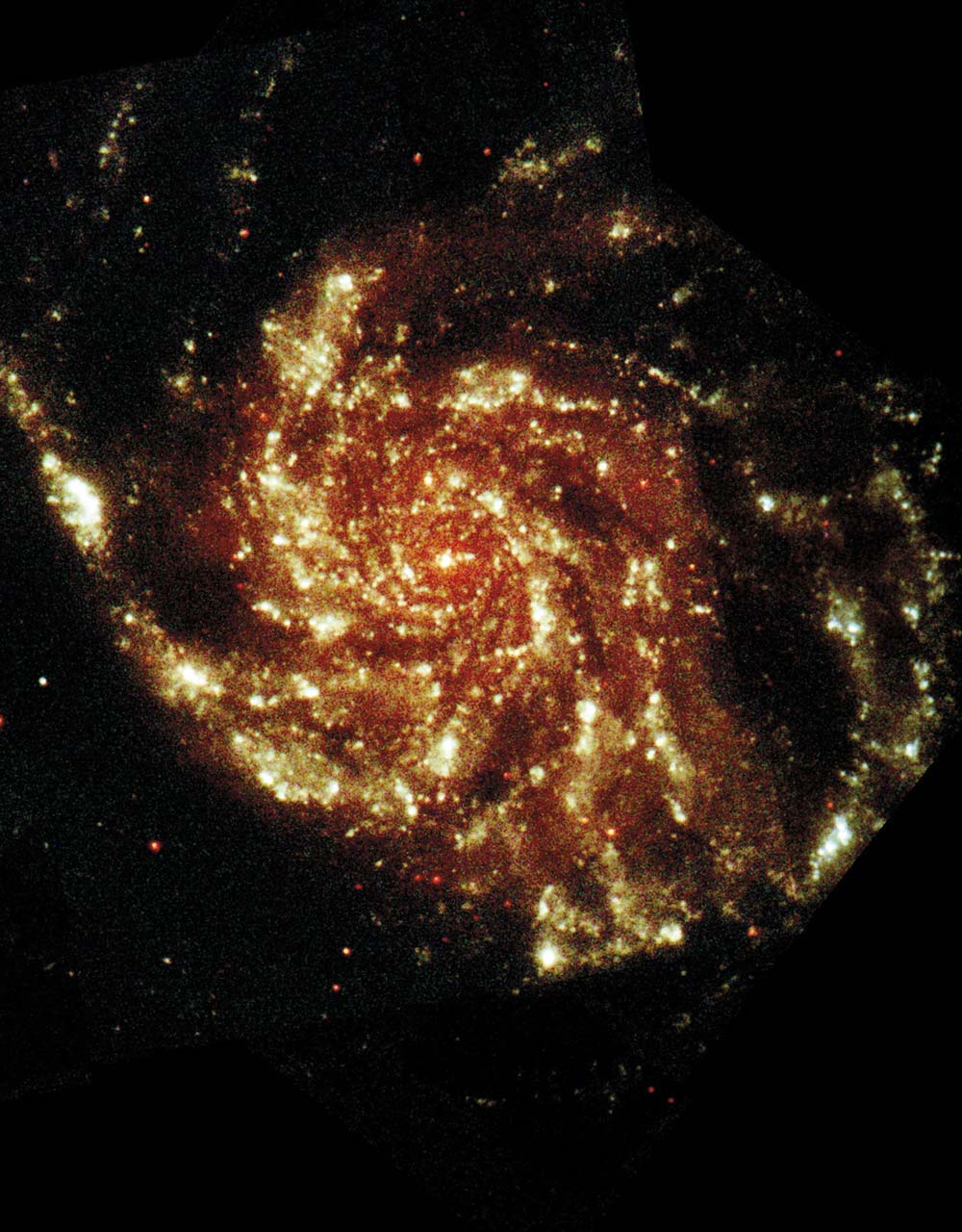 XMM: X-Rays and Much More  ESA’s X-ray Multi-Mirror Newton telescope (XMM-Newton), launched 20 years ago this week, has a trio of precision telescopes for studying high-energy X-ray sources. X-rays are blocked by Earth’s atmosphere, so the only way to observe them is from a space-based telescope. XMM-Newton’s highly elliptical orbit takes it a third of the way to the Moon, allowing long, uninterrupted views of celestial objects. In addition to its X-ray capability, XMM-Newton carries an Optical Monitor, an optical/ultraviolet telescope designed to provide simultaneous observations alongside the spacecraft’s X-ray instruments. This image shows the spiral galaxy M101, also known as the Pinwheel Galaxy, as seen in ultraviolet and optical wavelengths through the Optical Monitor.