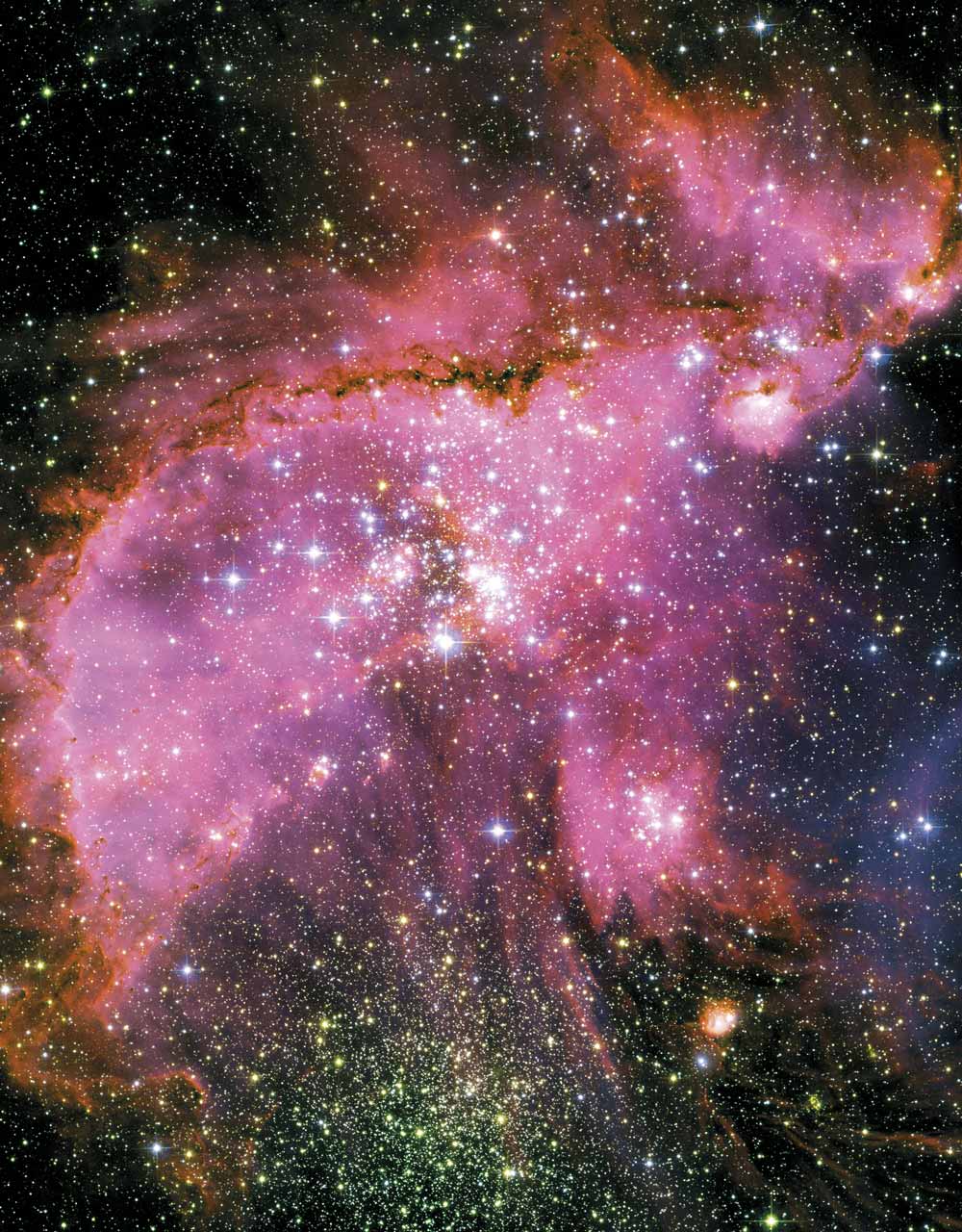 Honoring Hubble  Few astronomers will ever be honored as highly as Edwin Hubble. Born 130 years ago this week, Hubble determined in the 1920s that so-called “spiral nebulae” were actually independent galaxies, not simply parts of our own Milky Way—a discovery that increased our estimate of the size of the Universe. Hubble also discovered that most galaxies were speeding away from each other, a phenomenon we now know to be caused by the Big Bang. Today, his legacy of discovery is honored by a namesake, the Hubble Space Telescope, the largest optical telescope ever placed in orbit, and the one responsible for more discoveries than almost any other scientific instrument in history. This Hubble image shows the brilliant star cluster NGC 346 surrounded by dark clouds and glowing nebulosity.