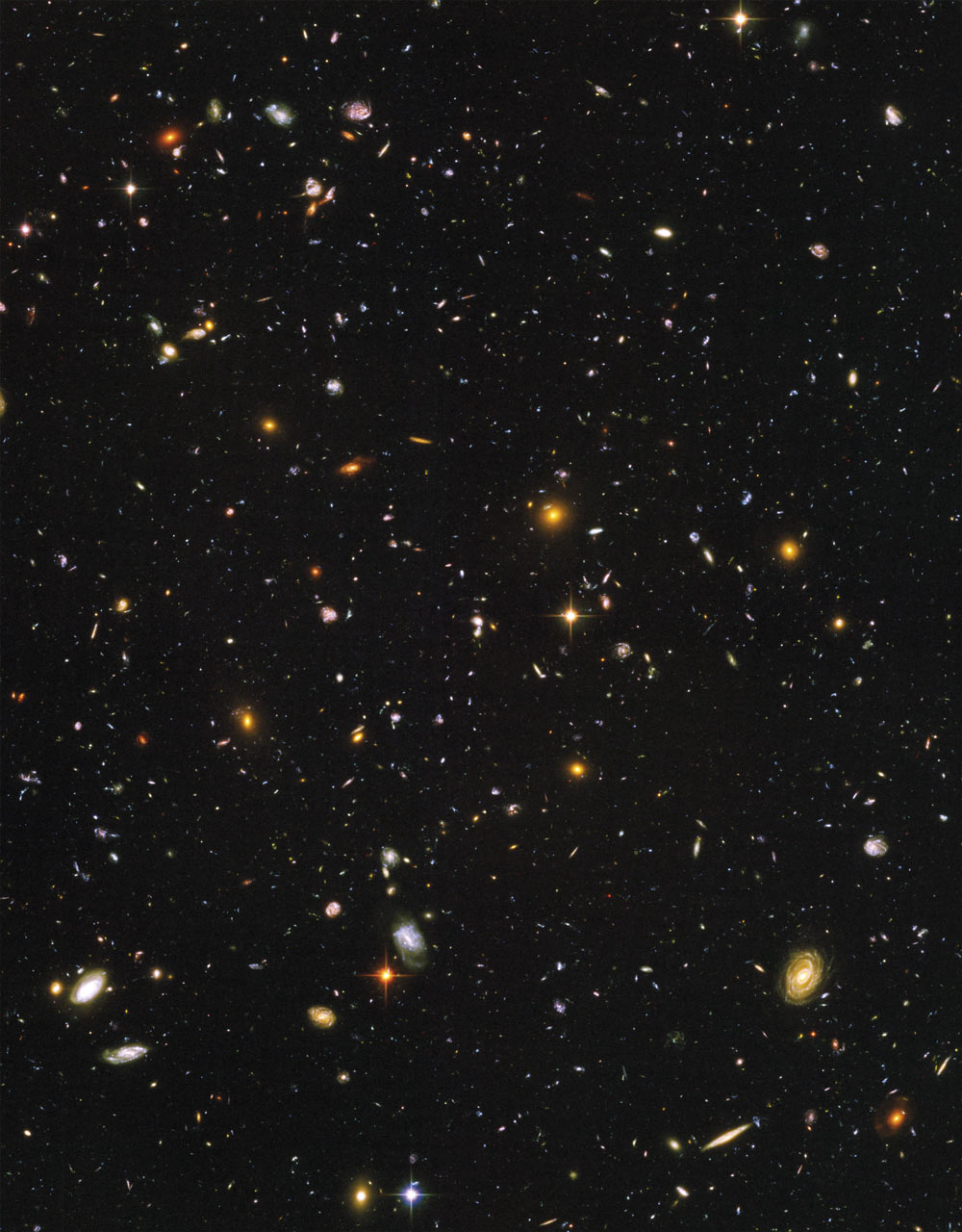 Carl’s Cosmos  The Hubble Ultra Deep Field image, in which all but a handful of objects are distant galaxies, is a fitting backdrop for remembering someone who made the wonders of the universe accessible to a large portion of the world’s population. Born eighty-five years ago this week, Carl Sagan was a professor of astronomy at Cornell University, but he was best known as a popularizer of science, reaching and inspiring millions through his books, magazine articles, and television broadcasts. His series Cosmos became the most-watched series in public television history, and the accompanying book was the best-selling science book ever published in English. Sagan was a pioneer in the field of exobiology and played a leading role in numerous planetary exploration missions. He died in 1996.