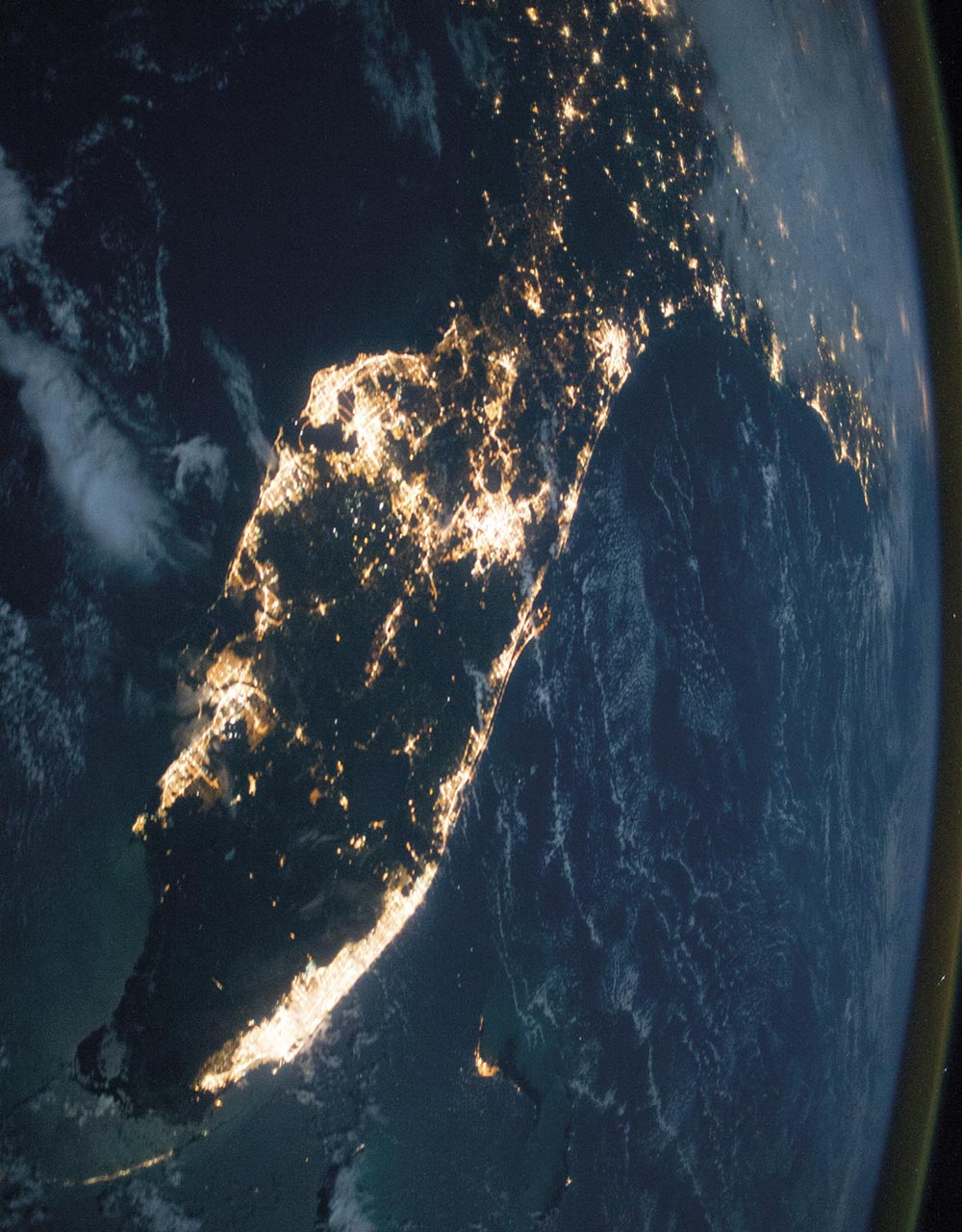 Calling is as Easy as 3, 2, 1  In the 1990s, the proliferation of fax machines and cell phones resulted in the need for new area codes to accommodate the increase in new phone numbers. Residents of Brevard County, Florida (home of Cape Canaveral and the Kennedy Space Center) were in line for a new, randomly assigned area code to supplement the existing one (407), when a local resident began lobbying for a specific—and relevant—area code: 321. Although 321 was originally slated for a Chicago suburb, the national agency that oversees the codes was easily convinced to bestow the countdown finale to Brevard County 20 years ago this week. In this ISS image, nearly the entire state of Florida can be seen illuminated by artificial lights on the ground. Cape Canaveral juts out, halfway up the eastern coast.